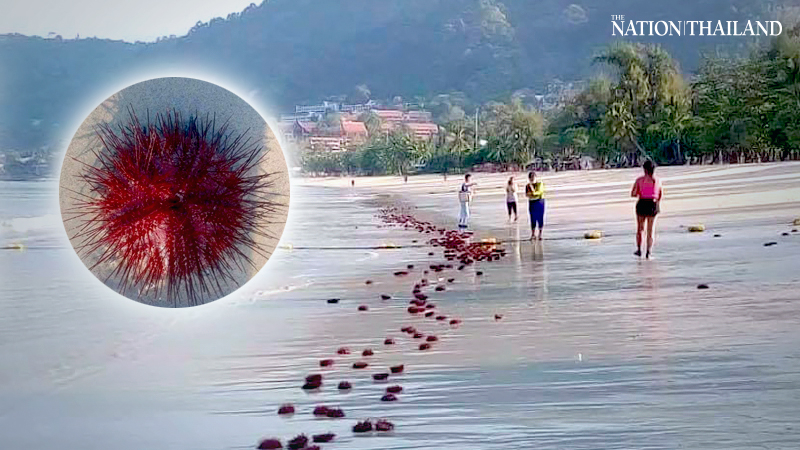 Some 200 blue-spotted sea urchins, looking much like bright red rambutans, were spotted on Phuket’s Patong Beach on Tuesday.

The Department of Marine and Coastal Resources posted images of the creatures on its Facebook page, saying they had possibly been washed up by strong waves and then left behind due to low tide.

The sea urchins were between 8 and 15 centimetres in size.

Posted by กรมทรัพยากรทางทะเลและชายฝั่ง on Tuesday, March 2, 2021