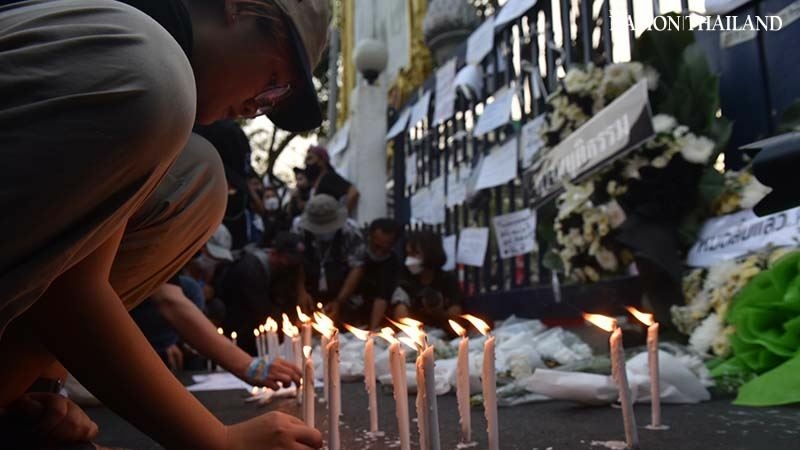 Pro-democracy protesters held a mock funeral for Thai justice on Tuesday, a day after public prosecutors filed lawsuits against 18 members of the student-led Ratsadon movement. 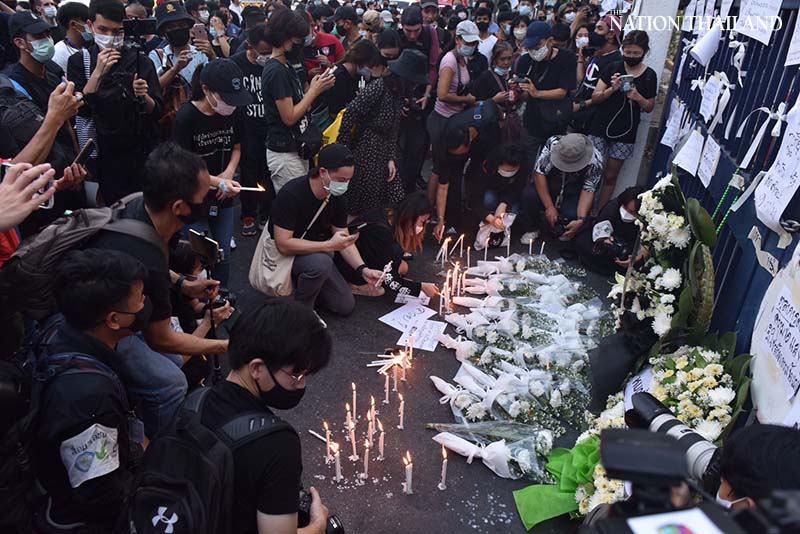 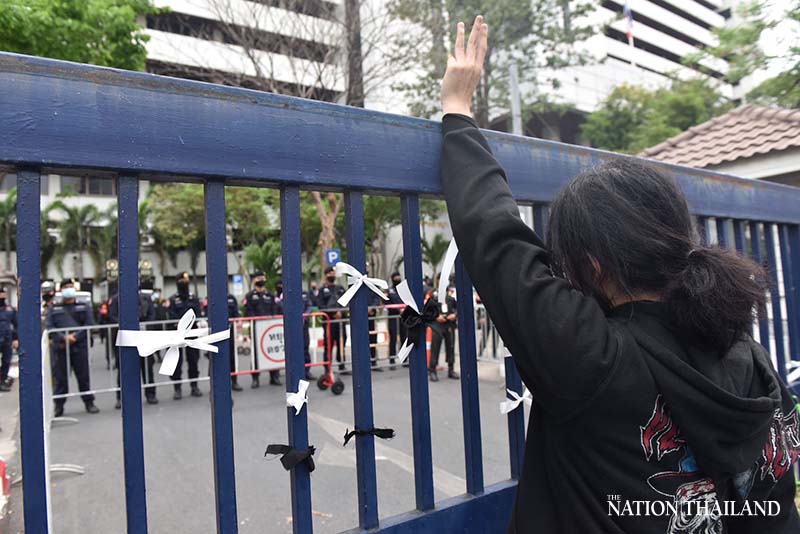 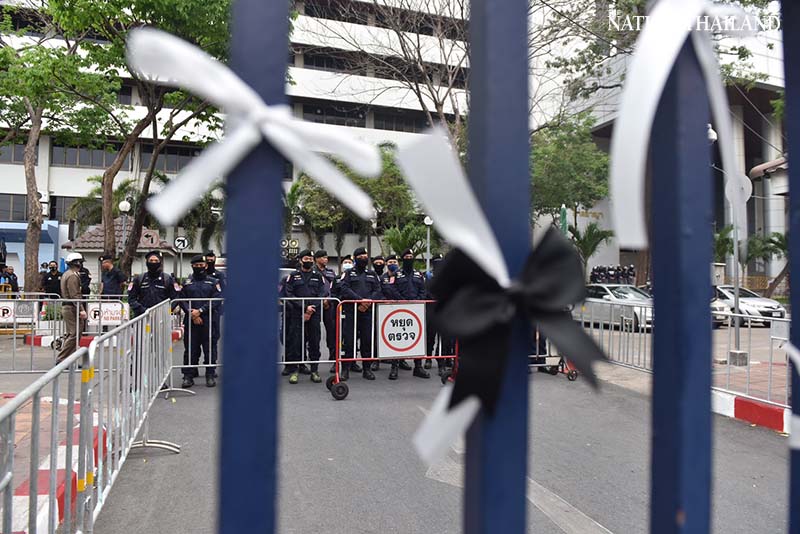 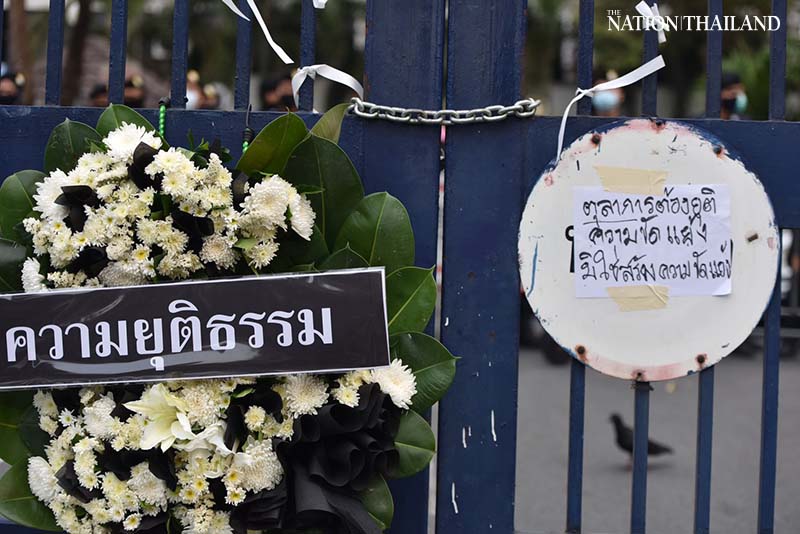 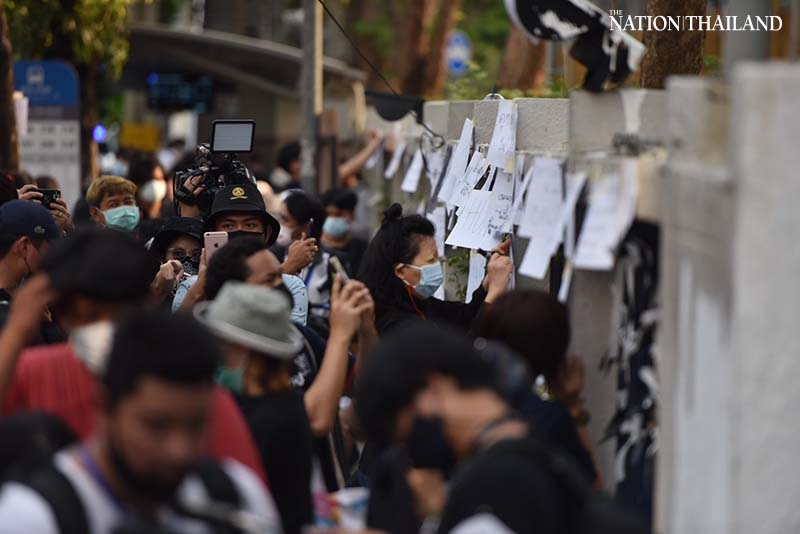 In response, black-clad protesters from the United Front of Thammasat and Demonstration group gathered outside the Criminal Court, where they laid a wreath and tied ribbons and messages to the fence. 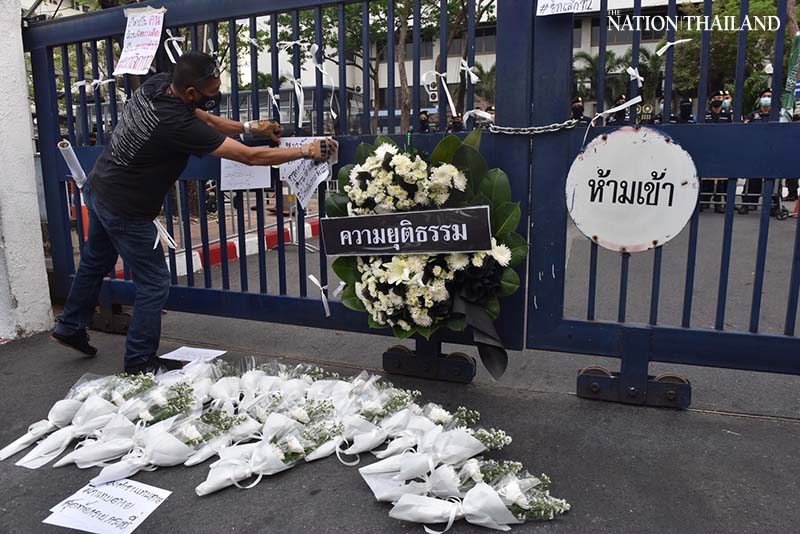 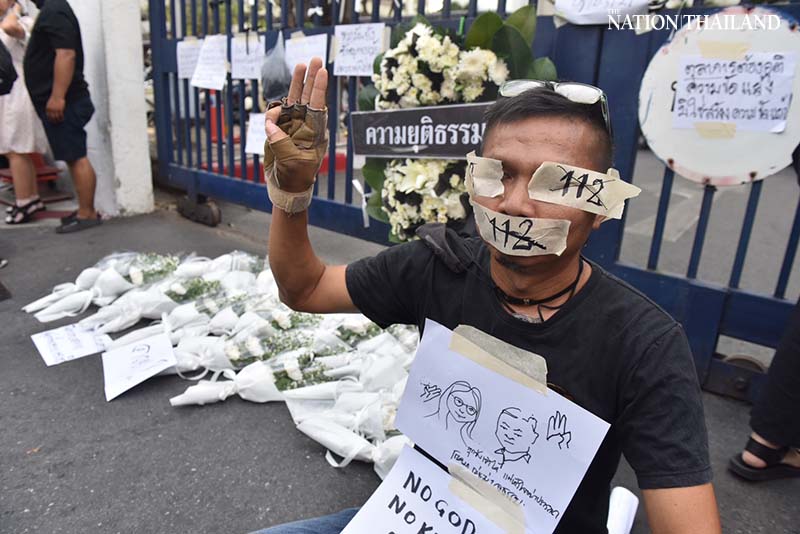 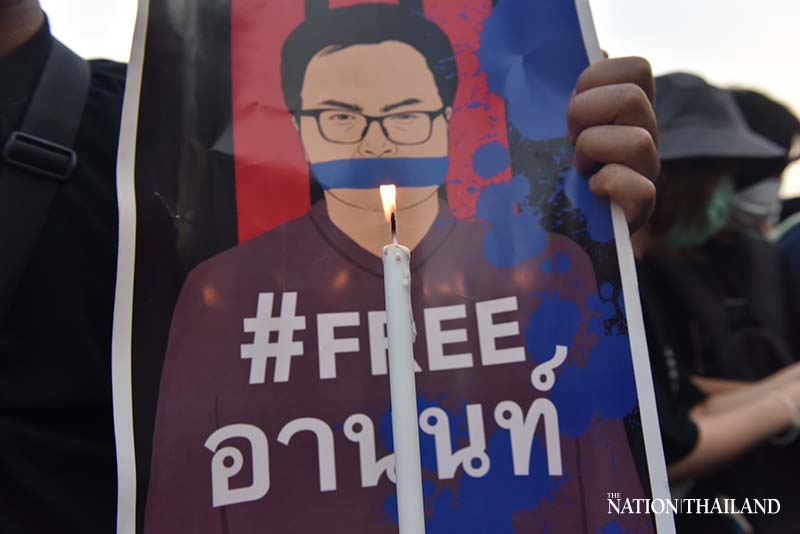 Meanwhile, protesters led by the Nonthaburi New Generation Network held a similar demonstration outside the Bangkok Remand Prison, where the accused are being held. 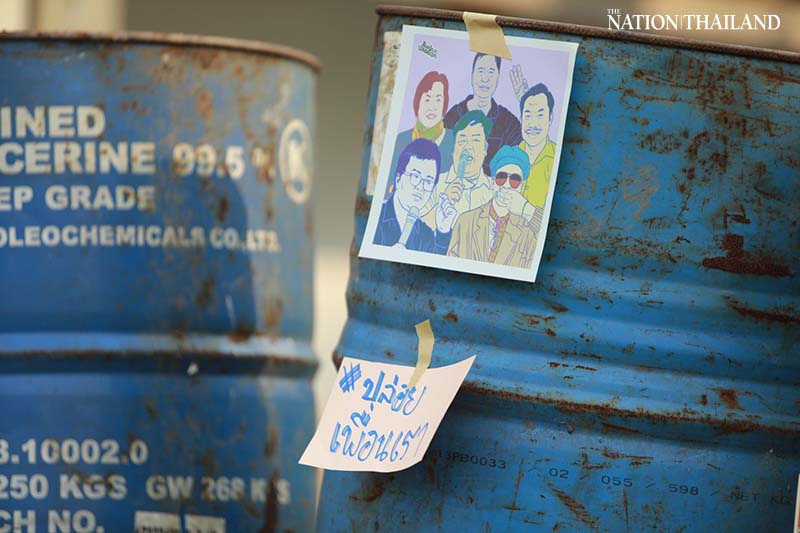 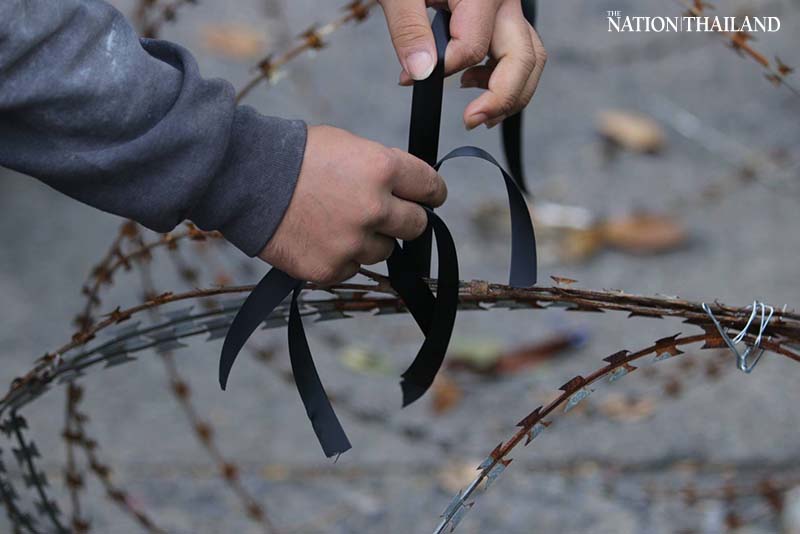 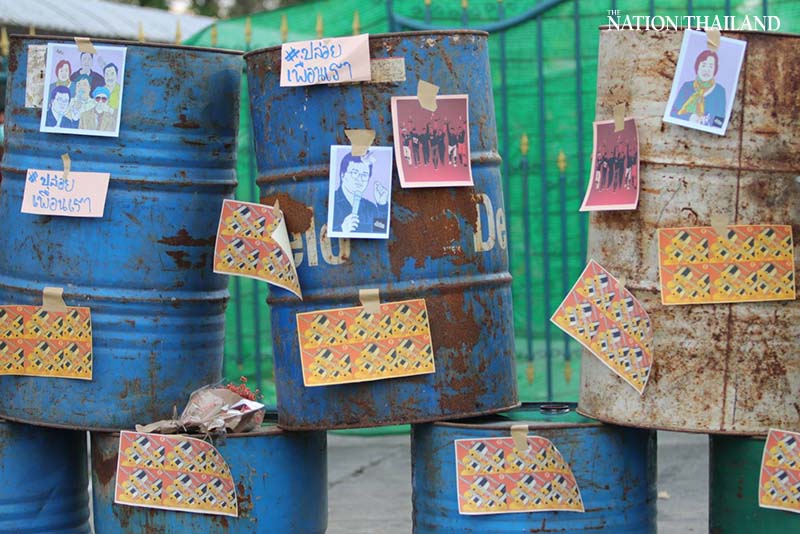 The 18 protesters have been charged with sedition over their participation in September 19-20 rallies at Bangkok’s Thammasat University and Sanam Luang. 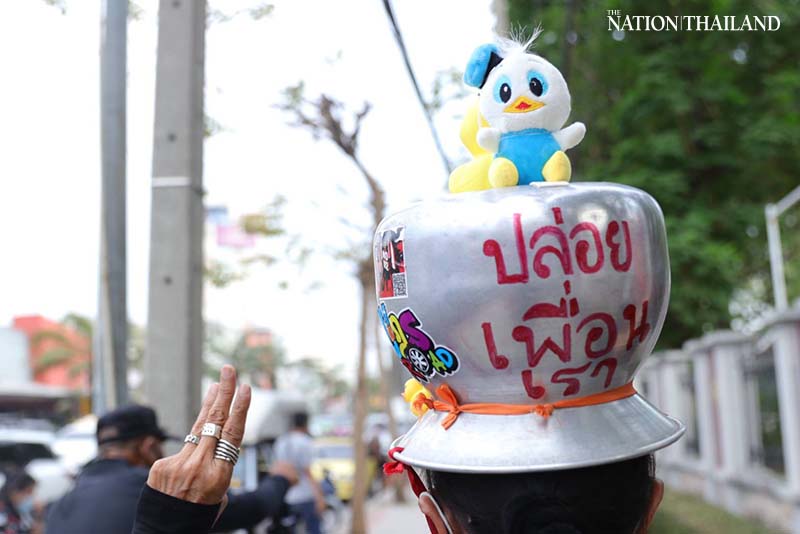 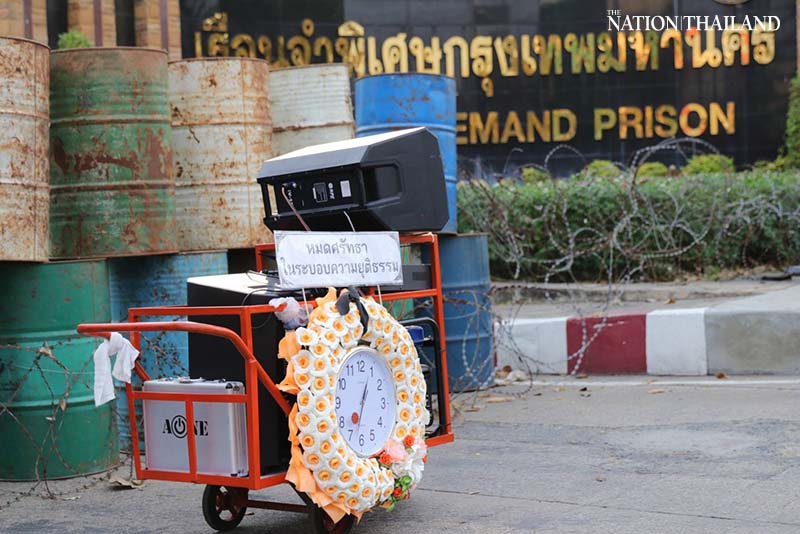 Panusaya, 22, Panupong, 24, and Jatupat, 29, also face charges of lese majeste, punishable by up to 15 years in prison. Their trials have been set for March 15, according to their lawyer.