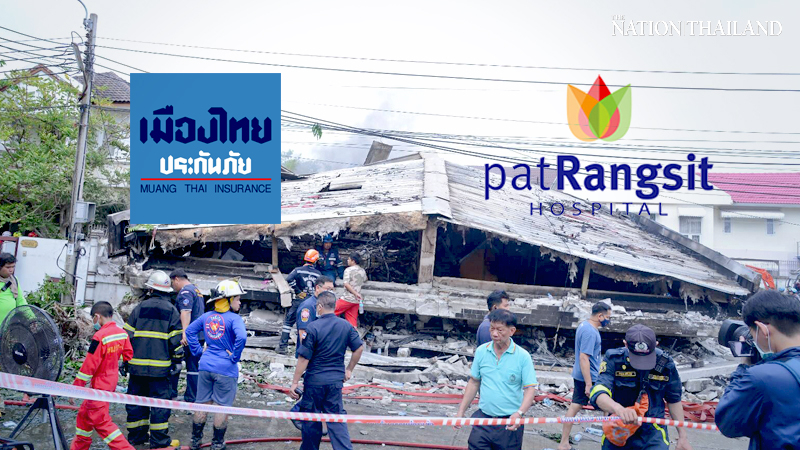 Two companies – Muang Thai Insurance and patRangsit Hospital – have fired employees for showing satisfaction over a fire that killed five people in Bangkok on Saturday.

Four voluntary rescue workers battling a blaze at a three-storey house in Krisda Nakhon 31 Village on Boromratchonnanee Road of Thawi Watthana district lost their lives when the building collapsed.

The owner of the house, Kiat Patterson, 35, was an outspoken royalist. Police are investigating whether the fire was caused by arson.

News of the fire triggered online messages of satisfaction from social media users on the other side of the political divide. Some posted that it was a waste of time to take part in the rescue efforts.

Among those allegedly posting negative comments were staff of Muang Thai Insurance and patRangsit Hospital. The two companies responded on Monday by announcing they had fired staff who had presented “unsuitable opinions” online.