TOKYO - The most popular monk in Japanese history is probably Ikkyu Sojun (1394-1481), who served as the abbot of Daitokuji temple -- one of the Kyoto Gozan, or top five eminent Zen temples in Kyoto.

Ikkyu is liked not just for his religious achievements but as a result of many events in his life that have resonated with later generations. Stories from his time as a boy monk are particularly famous, but all these tales were created in the Edo period (1603-1867) and later. First conveyed through oral storytelling and other means, they eventually found their way into books for adults and children.

Children loved the anime series "Ikkyu-san" that was broadcast in the 1970s and '80s. All 296 episodes can be seen on Amazon Prime Video.

In one episode, retired shogun Ashikaga Yoshimitsu summons Ikkyu after hearing about his reputation for wit and asks him to vanquish a tiger on a folding screen. The shogun says the tiger escapes from the screen at night and causes trouble.

Ikkyu replies, "I'll catch the tiger, so please take it out of the painting." Yoshimitsu is left speechless.

Tales like these are called tonchi stories, using a Japanese word that means extemporaneous wisdom or wit. The boy Ikkyu always trips up adults using his wit. 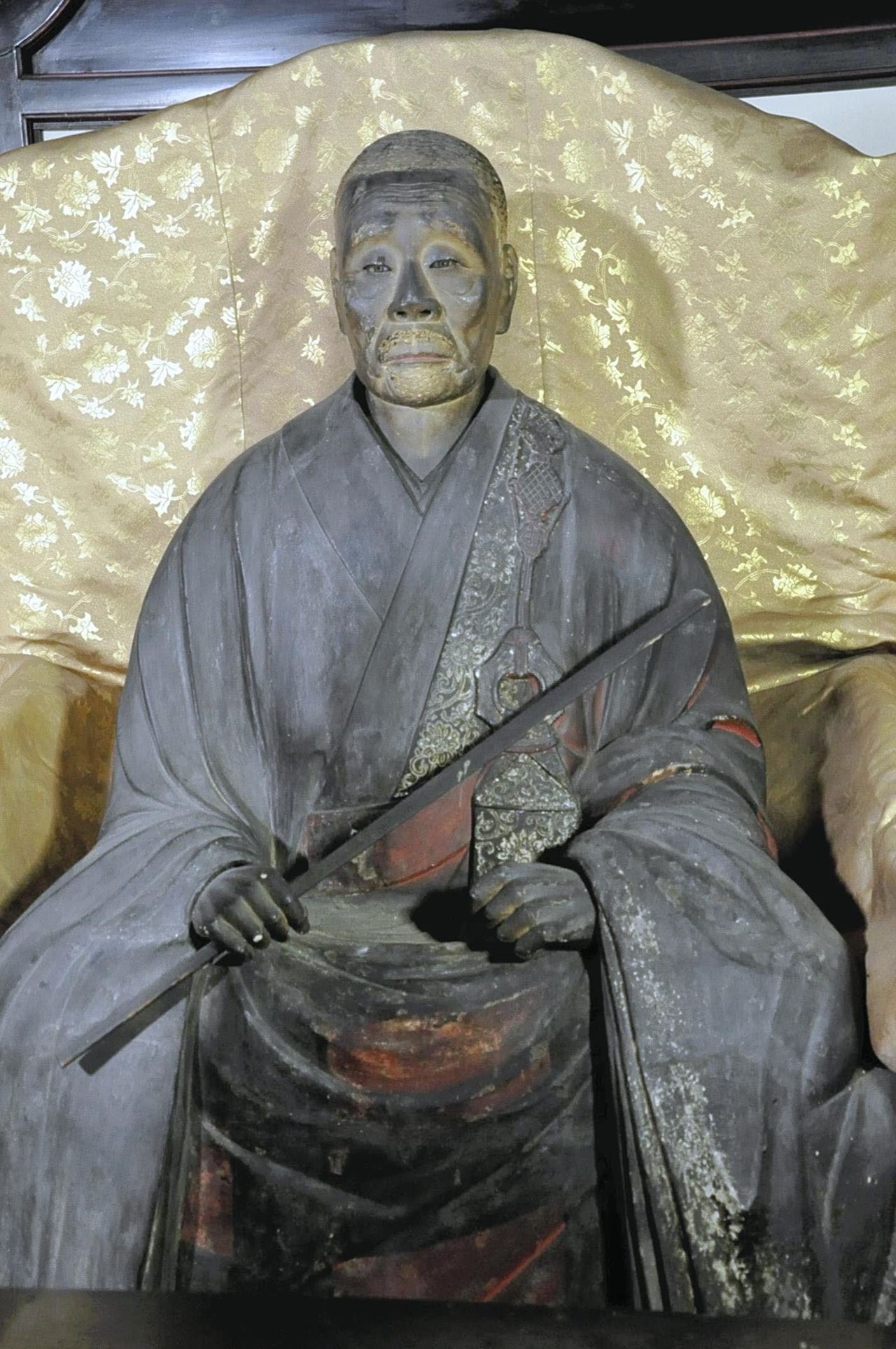 According to Japanese literature scholar Masahiko Oka, a storyteller from the Meiji era (1868-1912) named Shogetsudo Dongyoku created the tiger story by incorporating ideas from the novel "Nanso Satomi Hakkenden" and other tales.

Nevertheless, there must be a reason why Ikkyu was chosen as the main character. In real life, Ikkyu was a high priest who devoted himself to reviving Daitokuji temple after it was devastated during the Onin War (1467-77), in which feudal lords from all over the country fought in Kyoto.

Ikkyu was also a critic of the Kyoto Gozan school of Zen Buddhism, which ended up becoming the official philosophy of the Muromachi shogunate.

Ikkyu vehemently rejected secular thinking obsessed with honor and gain, and was known for his satirical, unrestrained remarks and eccentric behavior. As a result, he continued to be popular even in the Edo period among people who opposed religious authorities.

Another story involves Ikkyu's friend Rennyo, who restored the Jodo Shinshu sect of Buddhism, now the largest sect. One day when Rennyo was not at home, Ikkyu entered his room and took a nap, using as a pillow a statue of Buddha that Rennyo kept nearby and worshipped. When Rennyo came home, he saw Ikkyu and said, "Hey, what are you doing with my business equipment!"The two monks then broke up laughing, as one of them used the Buddha statue as a pillow and the other called it business equipment.

Ikkyu was also known as a poet. A Chinese poem that he created at the age of 15 about springtime, in which he dreamed about the fragrance of flowers, was recited by people all over Kyoto.

In his later years, Ikkyu lived at Shuonan temple in what is present-day Kyotanabe, in the southern suburbs of Kyoto Prefecture. At 78, he met a blind woman named Shinjo who was probably around 30 years old at the time, and fell madly in love with her. He left many poems on the themes of romance and sensuality.

Ikkyu's words describing the female body are explicit. I will not quote those parts here, but there is beautiful poetry such as "I will embrace you more tightly and love you. / In the futon at midnight, I find your sensual face. It's like a dream."