"It doesnt matter whether China or Brazil would win. I just want to feel the atmosphere of the Olympic Games," said the 58-year-old Masayuki Hobo after making a two-hour drive from Fukushima to Miyagi to watch a womens football match of the Tokyo Olympic Games.

Masayuki Hobo had to take a leave from work and made a two-hour drive from Fukushima to Miyagi to watch a women's football match of the Tokyo Olympic Games.

What's more, the match between China and Brazil did not involve his home team Japan. Still, the 58-year-old found it all worthy for the simple reason that the Miyagi Stadium, where the match took place, is one of the remaining few venues in the Tokyo Olympic Games that allow spectators while they are barred elsewhere.

"I am a lucky guy to be able to watch Olympics in a stadium. It's really amazing," he said as he was busy taking photos of the stadium, of the staff and of himself.

Hobo admitted that the outcome of the match does not concern him. "It doesn't matter whether China or Brazil would win. I just want to feel the atmosphere of the Olympic Games. Besides, I am confident that Japan will make the final four."

However, the "lucky" few like Hobo could not fully enjoy their privileges as they are bound by the restrictions set by the organizers to contain potential infections.

More than one hour away from kick-off, the large screen display of the stadium started playing reminders asking the fans always to wear a mask, clap but not sing and chant, keep physical distance, sanitize hands, among others.

As fans are not allowed to unleash their passions fully, the organizers tried to compensate with some technology elements like video animations and visual interactions. 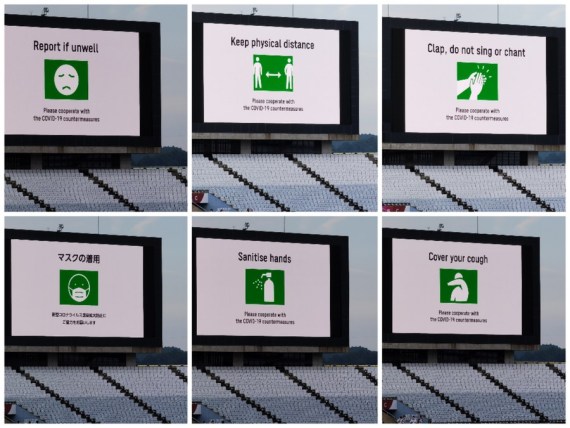 When Chinese and Brazilian players entered the pitch for their pre-game warm-up, all the spectators rose and clapped. That came with chanting too - despite being pre-recorded sound effects - which brought back some recollection of how an Olympic match used to be.

Brazilian striker Marta said before the match that the presence of fans would be an extra motivation for her and her team. She made good use of that motivation in the match by scoring two goals to lead Brazil for the 5-0 victory over China and added a new record to her incredible career by becoming the first-ever footballer to score in five consecutive Olympic Games. 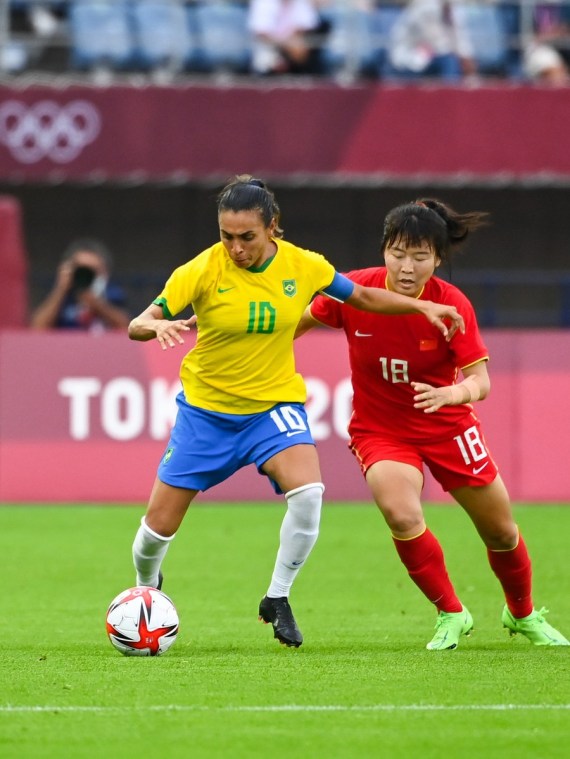