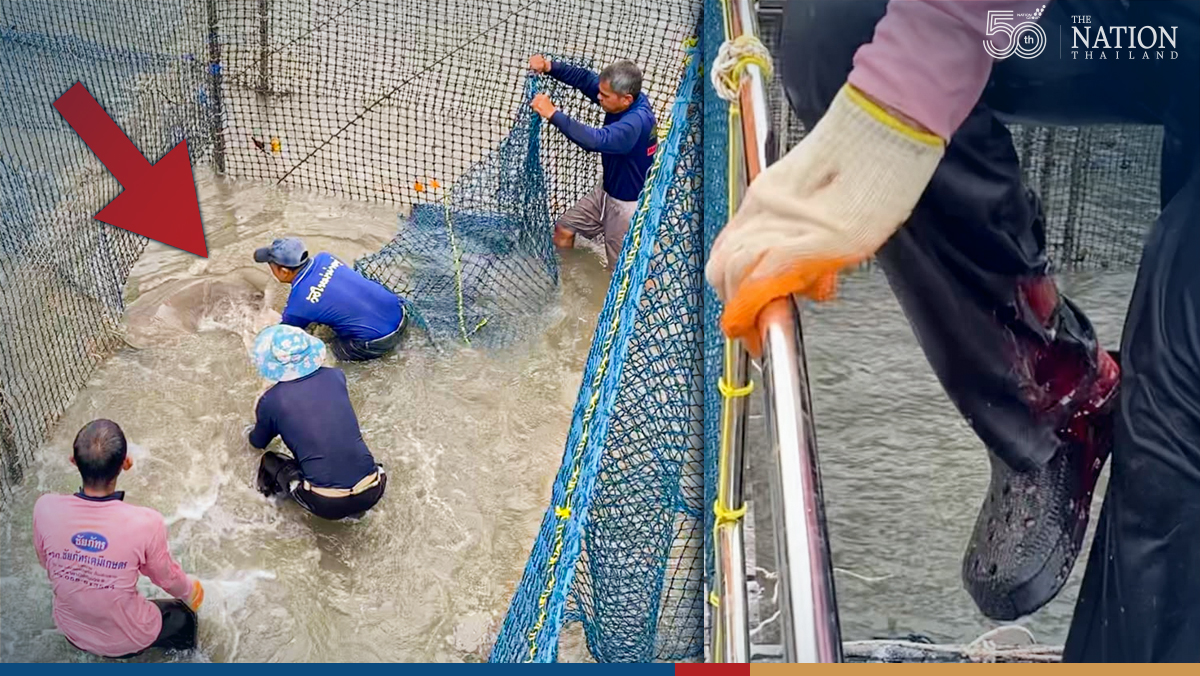 An official at Kung Krabaen Bay study centre in Chanthaburi province was bitten by a fully grown bull shark on Friday, leaving him with a severe wound. Colleagues had to rush into the bloody water and pull him out to prevent more attacks from other sharks.

The attack occurred at the aquaculture demonstration unit as officials transported three bull sharks, each weighing more than 100 kilos, in preparation for a low tide on Sunday.
One of the sharks got frightened and sank its teeth in Boonterm Singhasura, 55.

His co-workers scrambled to pull him out of the water instantly before the sharks smelt blood and went in for the kill.
Boonterm suffered a severe injury to his leg and was rushed to hospital.

“We were leading the sharks through a tunnel into deeper water. Boonterm was pushing one shark into the tunnel. The shark was familiar with him, but for some reason it got frightened and turned around to bite him,” said a colleague of the victim.

“We thought we had formed close bonds with these sharks after constantly working with them in the pool, aiding them when the tide is low and placing oxygen tubes in their mouths. But after this incident, I will never get into the pool again,” added the colleague.

Shark attacks are rare in Thailand, with only a few incidents reported. The most recent case – a non-fatal attack on a foreign tourist in Hua Hin – was reported on April 16, 2018.
However, sharkattackdata.com reports that a foreign diver, 35, was killed by a shark in Phang Nga on January 5, 2000.