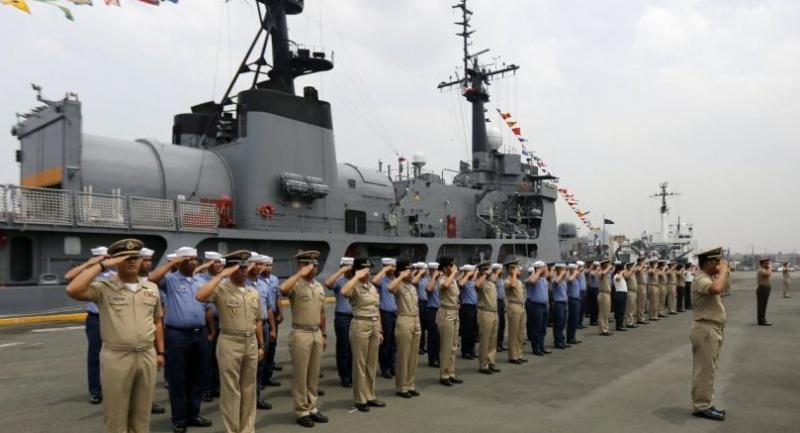 Manila - Philippine President Rodrigo Duterte said Thursday he has ordered troops to deploy on unoccupied South China Sea islands, boosting the military presence on remote reefs claimed by Manila in a move that could provoke rival claimants including Beijing.

"It looks like everybody is making a grab for the islands there, so we better live on those that are still vacant," he told reporters during a televised visit to a military camp on the western island of Palawan, near the disputed Spratly group.

China asserts sovereignty over almost all of the resource-rich South China Sea despite rival claims from Southeast Asian neighbours and has rapidly built reefs into artificial islands capable of hosting military planes.

Duterte has previously sought to improve his nation's relations with Beijing by adopting a non-confrontational approach over their competing claims in the strategically vital waters.

But the president appeared to alter his tone with his announcement Thursday, saying it was time to "erect structures there and raise the Philippine flag".

"I have ordered the armed forces to occupy all," Duterte said.

"At least, let us get what is ours now and make a strong point there that it is ours," he said, adding Manila was claiming "nine or 10" Spratly islands, reefs and cays.

The defence department later said that nine outcrops "are already in our possession" and occupied by marines, including Thitu island where the Philippine military maintains an airstrip.

Its statement suggested that Duterte's plan was to beef up contingents on the reefs."The president wants facilities built such as barracks for the men, water (desalination) and sewage disposal systems, power generators, light houses, and shelters for fishermen," the defence department said.

After China occupied Mischief Reef in the mid-1990s, the Philippines marooned a decrepit navy vessel atop nearby Second Thomas Shoal to assert Manila's territorial claim and has kept the rusting boat manned ever since.

Duterte also said he could visit Thitu island on June 12 to mark Philippine Independence Day and raise the nation's flag there.

An official at the Chinese embassy in Manila seemed surprised when asked by AFP to comment on Duterte's declaration, but referred questions on the matter to the Chinese foreign ministry in Beijing.

The Philippines under Duterte's predecessor Benigno Aquino actively challenged China's claim to control most of the South China Sea including taking the claim to a UN-backed tribunal, which ruled in its favour last year.

But the controversial Duterte, who took office last year on a promises to kill thousands of people in a drug war, reversed that policy as he sought billions of dollars worth of investments and grants from Beijing.

China now controls several reefs in the South China Sea including Scarborough Shoal -- which Beijing seized from the Manila in 2012 -- and is just 230 kilometres (143 miles) from the main Philippine island of Luzon.

The two neighbours are scheduled to hold talks in China in May to tackle issues related to the sea row.

Vietnam, Malaysia, Brunei and Taiwan have also sparred with Beijing over territory in the disputed waterway.

US President Donald Trump's administration has so far taken a tough stance on China's claims in the South China Sea, insisting it will defend international interests there.

Trump is set to sit down with his Chinese counterpart Xi Jinping later in the day to discuss a range of issues which will likely include tensions in the South China Sea.