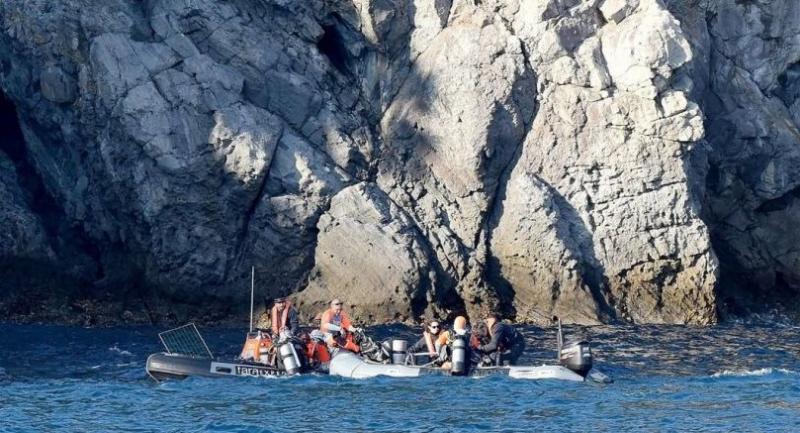 The key to the survival of the world's threatened coral reefs may lie in the waters surrounding a small volcanic island off the coast of Japan, scientists say.

The seabed of Shikine island is a "living laboratory" for researchers aboard the schooner Tara, a French-led scientific expedition, who are looking for clues to help protect coral from the damaging effects of climate change.

While coral reefs cover less than 0.2 per cent of the ocean surface globally, they host some 30 per cent of marine animal and plant species, serving as a source of food and offering protection from predators.

"Losing these reefs would be horrifying," said Sylvain Agostini, an expedition coordinator and professor at Japan's University of Tsukuba.

Shikine's unique conditions -- created by underwater volcanoes that flood some of its coves with CO2 and make it less alkaline -- mimic what scientists say will be the impact of unchecked carbon emissions on the world's oceans by 2100.

The build-up of CO2 due to greenhouse gas emissions or underwater volcanic activity raises the temperature and transforms the chemistry of ocean waters, in a process known as acidification.

Researchers say the waters in parts of Shikine, located 160 kilometres (100 miles) south of Tokyo, offer a glimpse of how marine life -- including corals -- can fare in less alkaline water.

Japan's corals, the northernmost in the world, could offer important data to bolster knowledge about marine life, as Australia's Great Barrier Reef faces a threat to its survival.

Last week, scientists said the famous reef was at serious risk from bleaching -- a process in which stressed corals expel the algae that live in their tissue and provide them with food -- due to warming sea temperatures.

They warned that coral bleached for two consecutive years at the World Heritage-listed site had "zero prospect" of recovery after researchers detected another round of mass bleaching after an earlier event in 2016.

"I've been studying corals for 20 years and what I'm seeing is a large-scale decline," Maggy Nugues, a senior lecturer at the prestigious French research institute Ecole Pratique des Hautes Etudes, told AFP aboard the ship, which departed France in May 2016.

"There is a 50 per cent to 80 per cent reduction in coral cover in the Caribbean and the Pacific -- this is very troubling."

Half a dozen researchers on the vessel want to see how an underwater ecosystem, including corals, plankton, seaweed and fish, fares in Shikine's seemingly inhospitable environment.

Early comparisons with another bay on Shikine that boasts vastly different conditions suggest corals do much better in more alkaline water.

"We're hoping that these higher latitude zones can serve as a refuge," Agostini said.

"But the question remains about the acidification of the oceans and it's here, in Shikine, in these natural laboratories that we hope to find the answer," he added. Built in 1989, the 36-metre (120-foot) long ship has gained fame for previous scientific expeditions, including a 500-day trip in the Arctic, and in 2001 when its former owner, New Zealand skipper Peter Blake, was shot dead on board by pirates in the Amazon.

The current two-year expedition will head to Australia and New Zealand before hitting Indonesia and the Philippines.

Nugues warned that the speed of climate change, fuelled by human activity, was making it tough for animals to adapt.

"The planet has evolved under relatively stable conditions, letting organisms and animals adapt," she said.