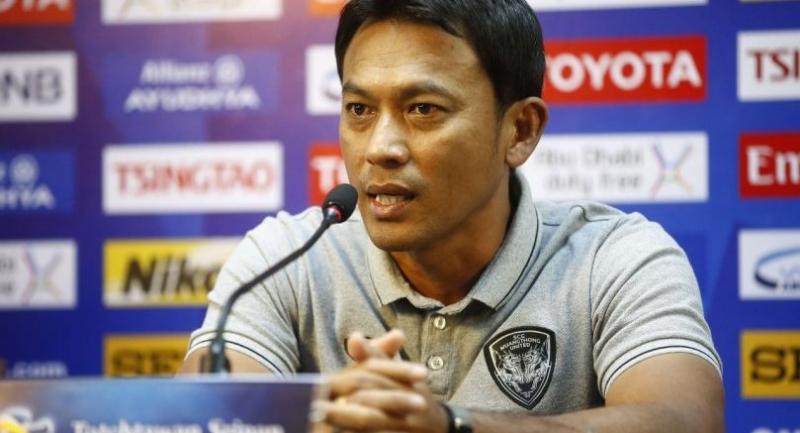 Muangthong United coach Totchtawan Sripan is not worried about the physical condition of his team as they face Australia’s Brisbane Roar in a Group E match of the AFC Champions League today.

The Thai League champions could take a giant step towards qualifying for the knockout stages of the continent’s premier club competition for the first time if they beat basement side Brisbane in their penultimate match at the SCG Stadium to complete a hat-trick of victories on home soil.

With Brisbane yet to score on the road and finding themselves on the receiving end of heavy defeats in their previous away fixtures against Ulsan Hyundai (6-0) and Kashima Antlers (3-0), few would bet against Muangthong, who top the standings with an unbeaten record of three wins in four games.

The only possible concern for Totchtawan, who ruled himself out of contention to succeed former national teammate Kiatisak Senamuang as the national team coach, is that the fixture comes after his players battled to a 1-1 away draw against Ratchaburi Mitr Phol in the league at the weekend.

The Muangthong coach, however, believes fatigue would not be an issue for the visit of a Brisbane side that still has an outside chance of sneaking into the next round. The Aussie side trails Antlers, who sit in the second place and the last qualification spot, by two points with two games to go.

“Maybe the players feel a bit jaded because we’ve played a lot of games recently. But, I don’t have any concern.  Wherever there is a problem we would simply use the players that we have.

“We may make some adjustments to try to find a right balance to ensure we have the best possible line-up,” said the 45-year-old, whose side have eight points, two ahead of J-League side Antlers who visit Ulsan in the group’s other match.

Despite the onus being on his side to exploit the home advantage to try to secure a win that would put them on the brink of qualification for the last-16 stage, Totchtawan ruled out going gung-ho against the Australians.

“We’ll play in the same way we did before. We don’t have any advantage over them. It would be unwise for us if we go for broke. We need to put emphasis on discipline and simply take chances as it comes.

“We have to keep it tight at the back. We must not give away a goal and then try to poach a win in the closing stages,” Totchtawan said.