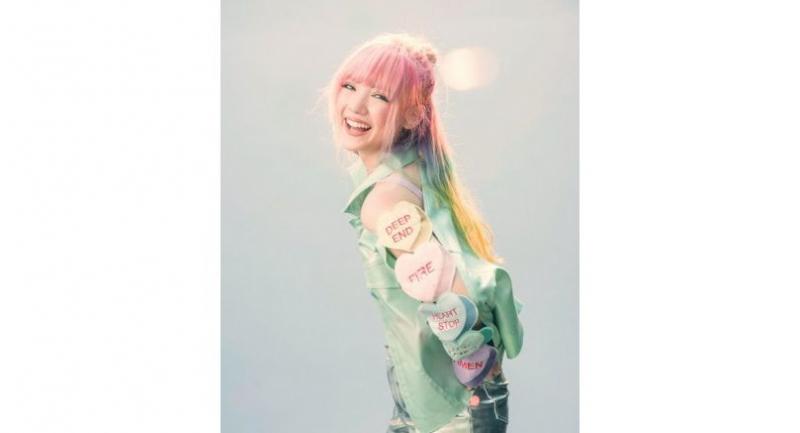 They scored a hit when they worked together on the music video for Jannine "Ploychompoo" Weigel’s second single “Plew” (“Away”), which has garnered 96 million views on YouTube, and now young pop idols Ploychompoo and Thanapob "Tor" Leeratanakajorn are back together on the set to film the video for her third single “Dee Jai” (“I’m Glad”). Ploychompoo, who today sports a head of very colourful hair, plays a young lady with a crush on a star swimmer. Tor plays the swimmer and Suwatchai "Ton" Suthirat produces.

“I love my hair,” says Ploychompoo. “The production team at MBO wanted me to have a fresh new look to go with the single so talked me into having my hair dyed six colours. It’s fun! And the music video is special too. It’s based a true story of a woman who posted her love story on the Pantip webboard. She has a secret crush on a senior swimmer who she has never met. Then one day she gets the chance to be close to him by accident and becomes his inspiration. I believe if you watch on this music video, you will be all smiles.” Ploychompoo adds that she even took swimming lessons to better play her part. The music video will be uploaded to the Youtube: MBOofficial site on Tuesday (May 16). Follow Ploychompoo at Facebook: MBOofficial.