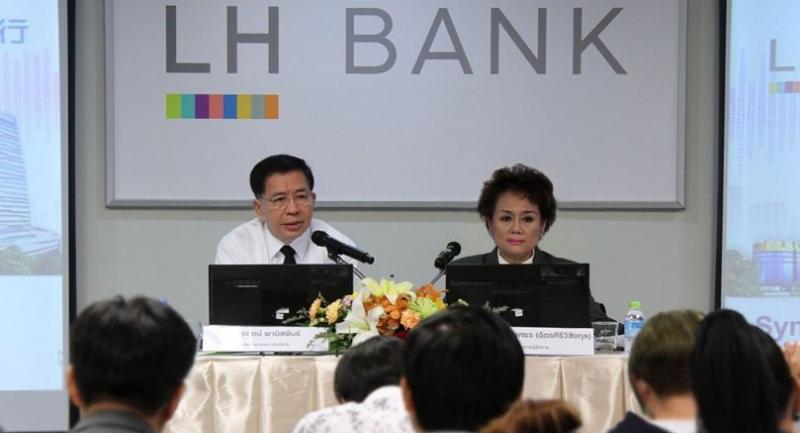 LAND and Houses Bank (LH Bank) yesterday announced what it hails as a five-year synergy plan involving a partnership with CTBC Bank that sees the Taiwan-based lender become a major new shareholder.

The partnership with CTBC Bank over the next five years is focused on three areas: corporate banking business, wealth management, and digital banking, according to Rutt Phanijphand,  chairman of the executive directors of LH Financial Group Plc, parent company of LH Bank.

Rutt said that the tie-up with CTBC Bank would enhance the strong capital base of LH Bank, which aims to increase its total asset value from about Bt215 billion currently to between Bt400 billion and Bt500 billion over the next five years, representing growth of between 10 and 15 per cent a year.

He said LH Bank will grant 7.54 billion of new ordinary shares, representing 35.61 per cent of the total issued shares, to CTBC.

The new shares will be offered by private placement to CTBC at Bt2.20 per share, for a total value of Bt16.59 billion. The transaction process will be completed in July.

After the increase in registered capital, CTBC will own 35.61 per cent of LH Bank, equivalent to the combined shares owned by both Land and Houses and Quality Houses, which respectively owns 21.87 per cent and 13.73 per cent of the bank.

CTBC Bank has been affiliated with CTBC Financial Holding Co Ltd, the fourth largest financial holding company in Taiwan. CTBC Bank itself has more than US$118 billion (Bt4.02 trillion) of total asset value, making it the No 1 private bank in Taiwan in terms of asset. It also has a strong global network with 107 outlets - branches, subsidiaries or representative offices - in 14 countries.

In corporate banking, LH Bank will serve Taiwanese clients as another core market segment. The bank will also establish a mid-cap business for cross-border opportunities.

In corporate transaction banking, the bank said it would build up its trade finance capability with digital offerings including e-banking, fax banking and mobile services. These transactions would be linked to the CTBC regional platform. Meanwhile, in retail digital banking, the LH Bank will develop e-banking, mobile-banking, and ATM.

Sasitorn Phongsathorn, executive director and president of LH Bank, said that the partnership with CTBC Bank would strengthen the capability of LH Financial Group.

Sasitorn noted that LH Bank’s total asset value of Bt215 billion at the end of the first quarter is up 1.4 per cent since the end of last year. This increase was driven by loan growth of 1.8 per cent, with corporate loans accounting for 65 per cent of the share, housing 19 per cent and SMEs 16 per cent.

“The synergy with CTBC Bank will lead to a strengthening of our capital base as well as add on to our existing capability to expand the business in the future,” Sasitorn said.

Rutt said that the resignation of Anant Asavabhokhin as board chairman of LH Financial Group is s “his private matter” with no implications for the bank. Anant has a 30 per cent stake in Land and Houses Plc. He does not own any direct shares in LH Bank.