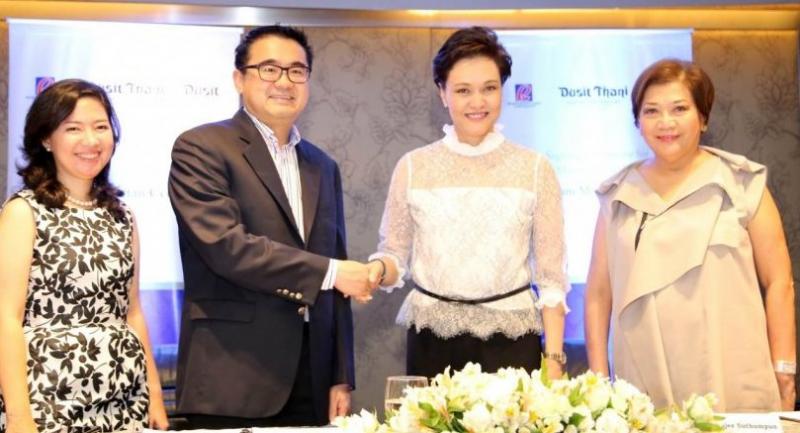 Thai global hospitality company Dusit International has signed a hotel management agreement with Robinsons Land Corporation, one of the Philippines’ leading real estate companies, for the Dusit Thani Mactan Cebu. The five-star resort situated on the northern peninsula of Mactan island is slated to open in the fourth quarter of next year.

Mactan is located a few kilometres from Cebu in the Central Visayas region and is known for its luxury tourism industry.

Next year, the pioneering Dusit Hospitality Management College, a fully integrated hospitality school and hotel, will also open in the capital.

Other properties in the pipeline are the DusitPrincess Cebu City, dusitD2 Davao and dusitD2 Resort, San Juan.

Dusit International operates 29 properties in key destinations around the globe with 51 projects already confirmed to open within three years.

Alongside Dusit Thani, brands in the company’s international portfolio include Dusit Devarana, dusitD2 and DusitPrincess.

Visa International (Thailand) has signed an agreement with Phuket City Development Co as the official partner of the Phuket Smart City project to develop payment solutions for both residents and tourists on the island-province.

The province is among the first to embrace the Smart City concept.

It aims to transform Phuket into a fully integrated digital economy, assisting business owners, managers, startup entrepreneurs and residents in the transition.

Suripong Tantiyanon, Visa manager for Thailand, said the agreement with Phuket City Development is another milestone that helps bring the country closer to a cashless Digital Thailand.

Construction of the solar PV plant has already started with close to one-megawatt capacity.

The export of finished vehicles was 93,086 units in June, down 13 per cent year on year.

Haier Group has earned recorded revenue of over Bt1.6 billion in the first half of this year.

For the second half, it plans to launch two tub washing machines and quad-door refrigerators with luxurious design and full functionality to gain more share in the premium market.

Zhang Zhenghui, president of Haier Thailand, said Haier enjoyed a satisfactory performance in the first half despite the unfavourable electric appliance market.

Haier is planning to launch 13 models of washing machines including the Haier Duo and Haier We Wash as well as side-by-side and quad-door refrigerators to answer the needs of premium consumers.

Tags:
at a glance Dusit to