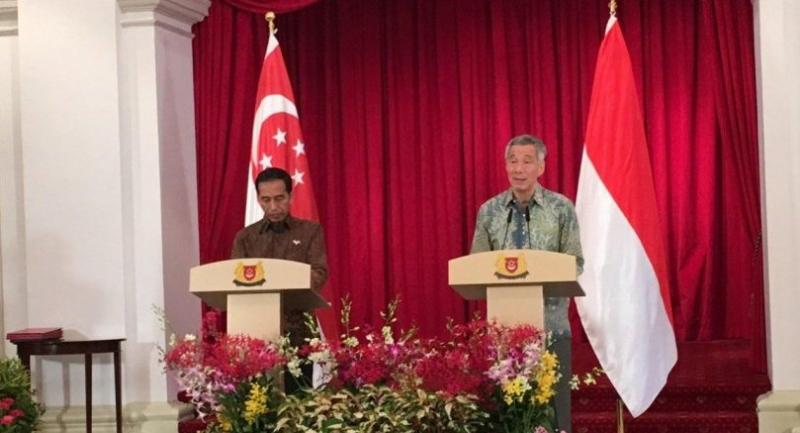 One of the topics that were presented by President Jokowi was the development of airports in Indonesia's 10 priority destinations.

“In the next 10 months, the airports in Lake Toba and Labuan Bajo will become international airports. The hope is to have more international tourists coming to Indonesia,” said Jokowi.

Additionally, H.A.S. Hanandjoeddin Airport in Bangka Belitung is also set to become an international airport as well. Earlier this year a CIQP (Custom, Immigration, Quarantine and Port) simulation was conducted there.

President Jokowi expressed his wish for the two countries to work together for tourism development in terms of joint destinations, cruise ships management, development of cruise docks, improvement of tourism infrastructure investment and development of Meeting, Incentives, Conferences and Exhibitions (MICE).

“Singapore has the technology and man-made [tourism] while Indonesia has nature and culture. The marketing synergy between Indonesia and Singapore will strengthen the tourism sector,” said tourism minister, Arief Yahya who accompanied the President at the meeting.

The president proposed Batam as the ideal place for the digital economy and tourism expansion that includes the development of digital park cluster at Nongsa Batam, the establishment of a start-up incubator, training programs for IT workers and university lecturers.

Singaporean prime minister Lee echoed President Jokowi's statements, as he saw the economic development of Indonesia to be stable and positive and that’s what encouraged Singapore to do partnerships and investments in Indonesia.

“Both of us welcome plenty of tourists from each other’s places. The economy in Indonesia has grown positively and stable. We have a high chance to develop our economic relation, both governments have been working closely together for a long time. This time the investment will focus on tourism,” said Lee.

Meanwhile, Arief who attended the panel discussion titled National Policy on Tourism Industry Development said that the government has been working on simplifying business regulations in Indonesia.

“The effort in regulations simplification is to make it easier for incoming investments. We are currently developing the 10 priority tourist destinations, also known as 10 new Balis,” told Arief.

He explained that Singapore is the transportation hub for Indonesian tourism, it’s the gate to Indonesia. There are millions of people who transit at Changi International Airport in Singapore and the country welcomes 15.5 million of international tourists.

“By increasing our promotion in Singapore it will help in doubling up the number of international tourists. The distance and travel duration [from Singapore to Indonesia] is short and there are plenty access points, such as ports in Batam and Bintan,” he added.