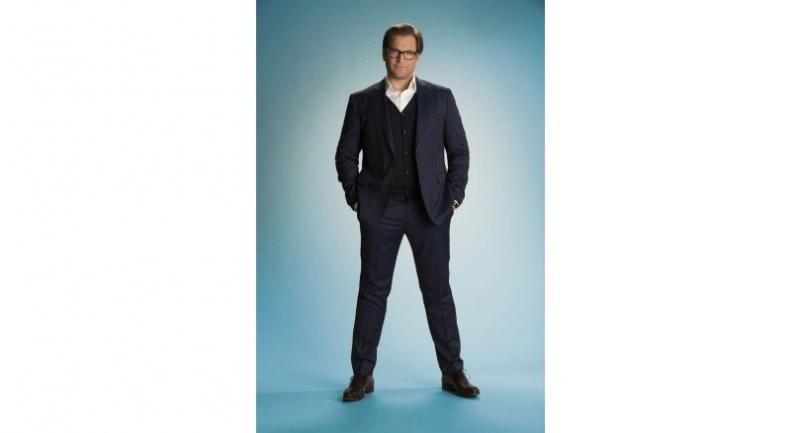 By Marisa Chimprabha
The Nation
Amsterdam

The charming psychologist Dr Jason Bull returned to the small screen on Wednesday night for a second season of the hit series from CBS that’s loosely based on the early days of talk show host Dr Phil McGraw’s career as a jury consultant and founder of one of the most prolific trial consulting firms of all time.

Michael Weatherly plays Bull, the holder of three PhDs, who heads a jury consulting firm known as Trial Analysis Corporation (TAC) and combines his expertise in trial science with technology to select the right jurors for his clients and help their lawyers come up with defence strategies most likely to win over the jury.

Weatherly’s face is known to small screen viewers having played Logan Cale in the series “Dark Angel” and Cooper Alden in the popular soap “Loving.” Before joining Bull, he had built a strong fanbase as Chief Agent Tony DiNozzo, the charming and womanising police detective who was a mainstay of “NCIS” for 13 seasons. Indeed, he was so convincing in his portrayal of DiNozzo that most viewers were convinced he was like his TV character in real life. So when it was announced that he was leaving “NCIS”, fans were shocked, saying he’d never be able to play anyone else.

But the actor slipped so effortlessly into his new role as Jason Bull that the naysayers were forced to eat their words.

Bull is brilliant, brash and charming as well as the ultimate puppet master as he combines psychology, human intuition and high-tech data to learn what makes jurors, attorneys, witnesses and the accused tick. He is also very much in demand, helping his clients pick a jury that will deliver the verdict they want.

His enviable team at TAC is full of expertise to shape successful narratives down to the very last detail. They include his quick-witted former brother-in-law, Benny Colon, a lawyer who acts as defence attorney in the company’s mock trials; Marissa Morgan, a neuro-linguistics expert from Homeland Security Department; former NYPD detective Danny James; haughty millennial hacker Cable McCrory, and Chunk Palmer, a fashion-conscious stylist and former All-American lineman. In high-stakes trials, Bull’s combination of remarkable insight into human nature, three PhD’s and a top-notch staff creates winning strategies that tip the scales of justice in his clients’ favour.

Weatherly recently sat down with a group of journalists from Asia and Europe to talk about his career and what the viewers could expect from season 2.

The actor is effusive in his praise for the new technologies that dominate not only the series but also modern life, explaining that they help save cost and time.

He also spoke about his early career in soaps, remembering how he and the rest of the cast were told to be in the studio every morning at 7 and often stayed until late at night. “We would all spend 10 hours rehearsing, even the actors that weren’t in the scene. Then the lighting technicians and cameramen would come in and we’d spend another hour rehearsing the entire episode. It was so exhausting,” he said.

Such slave labour no longer applies. “These days we use block shooting,” Weatherly said. “Each episode is broken into chunks so you don’t have to have everybody there all day long.” But sometimes he misses the “bad” old days. "It was kind of nice that everybody understood the whole story and what their contribution to the series was. So yes, technology has its pros and cons.”

In block shooting, scenes from two different episodes are shot in the same location. This approach is often adopted if the locations are expensive or require the actors and crew to travel long distances. “The advantage is that if you have a location that’s used once in several episodes, you can shoot all scenes on the same day and that saves time and money.”

Modern technology, he continued, also benefits the world of dating. “Two years ago, when you were going on a first date, you could google the person. These days you do a criminal background check on someone to find out if he paid the bill on his last date.

“That’s what Bull does, Bull takes this idea into account.” Weatherly prepared for the role by talking to McGraw about his experiences as a jury consultant but stresses that he isn’t playing McGraw in the series. “Bull is an invented character,” he says.

“And Bull makes a lot more sense to me than Tony DiNozzo, which is interesting because people always say that it’s fun to play yourself.”

While Weatherly admits that there is a lot of him in DiNozzo –“he is very optimistic, positive though a little shallow” – he says he has changed since joining “Bull”.

But at first he was a little concerned about shifting to a new role mainly because of audience expectation.

Weatherly didn’t want to give too much away about the new season but admits there are changes now that Glenn Gordon Caron of “Moonlighting” and “Medium” has come in as executive producer. The first season was created by McGraw and Paul Attanasio (“House”) and had Steven Spielberg as one of the executive producers.

“Season 2 maybe a little darker and Bull is more unpredictable. And he may even lose a case,” he teases.

The new season kicked off Wednesday night with a faceoff between Dr Bull and his courtroom rival and romantic interest Diana Lindsay played by Jill Flint. Bull and the TAC team have to partner with the sharp and brilliant defence attorney JP Nunnelly (Eliza Dushku) for the last of three promised cases.