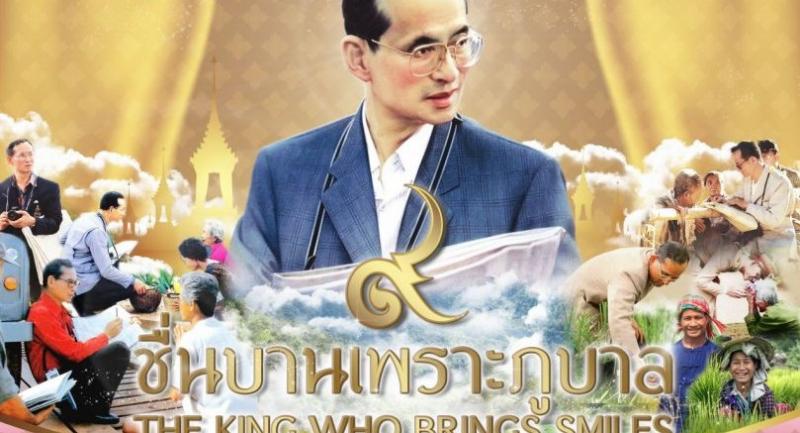 In remembrance of our beloved King Bhumibol Adulyadej, Chulalongkorn University presents “Chuenbaan Phror Phoobaan” (“The King Who Brings Smiles”), a series of televised and online documentaries that pay tribute to His Majesty through his royal projects and vision that benefitted Thai society for seven decades.

“The King Who Brings Smiles” is available both in Thai and English and comes with subtitles in both languages. The series contains 9 episodes, each running for five minutes, focusing on the late monarch as a public health advocate, as an artist and a musician, as a sportsman, as an agriculture pioneer, as a supporter of all faiths, as a promoter of lifelong learning, as an engineer, as an innovator and as an advocate of the sufficiency economy theory.

The series can also be watched until Tuesday (October 24) in English at NBT World Channel from 3.05pm and in Thai on NBT 2HD channel at 3. From tomorrow (October 23) the Thai version will be aired on Workpoint (Channel 23) during its news programmes and today in both Thai and English on Line TV.