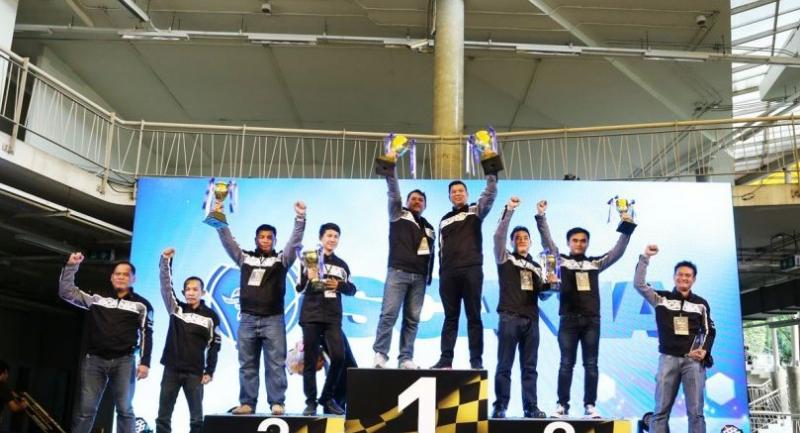 Chatchawan Tongchai of Pongrawe Co, Ltd is the winner of the truck category and in the bus category, the winner is  Narasak Kanjanapun of Rich & Best Travel Co Ltd.

For holding such competition, Scania believes that “driver” is the most important factor to improve transportation efficiency, to reduce pollution and to improve road safety.

The objectives of this competition is to encourage the drivers to become competent and determined under the concept of “4D” which are “Dare to Be (a skilled driver), Dare to Change (towards better attitudes), Dare to Do (valuable things) and Dare to Give (to pass the goods onto others).”

Stefan Dorski, Managing Director of Scania Siam said “Scania is a global organization and focuses on sustainable transport systems. The company's production base is located in Europe, South America and Asia.”

Scania firmly believes that skilled drivers are the single-most important asset for securing road safety, minimizing the environmental impacts of road transport, and contributing to an efficient transport industry.

Since 2003 more than 350,000 truck drivers in nearly 50 countries have participated in The Scania Driver Competition – the world’s largest truck driving and training event.

The Scania Driver Competition 2014-2015 was the sixth edition of this truly international event, since it was established in 2003, with the latest competition attracting more than 100,000 truck drivers. The competition started as a response to a 2003 European Commission directive on driver training, which aimed to minimize the environmental impact of truck driving by increasing road-safety awareness and improving fuel consumption. The European Commission has endorsed the event ever since.