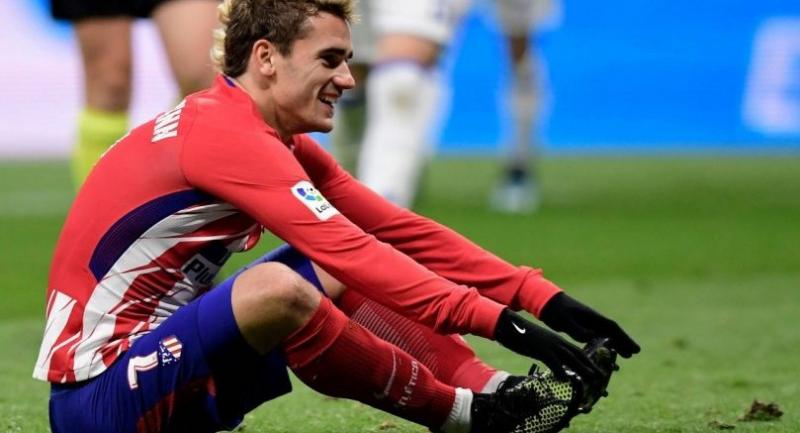 Madrid- As a red-hot Antoine Griezmann hopes to keep Atletico Madrid's faint Champions League hopes alive at Stamford Bridge, the stage is also set for the Frenchman to showcase his talents to a host of Premier League suitors.

Atletico need to beat Chelsea in London on Tuesday and hope Roma don't beat Champions League debutants Qarabag in the Italian capital if they are to make the last 16 for a fifth consecutive season.

The financial blow an early exit would bring to Atletico, who moved into the new 310 million euro ($369 million) Wanda Metropolitano stadium earlier this season, could precipitate Griezmann's departure from the Spanish capital.

But for his loyalty to Atletico and in particular coach Diego Simeone, Griezmann could have already been out the door last summer.

A number of sides, led by Manchester United, seemed willing to meet his 100 million euro buyout clause, but when Atletico's appeal against a transfer ban was rejected in June Griezmann agreed to stay on.

Griezmann admitted at the time it would have been "dirty" to walk out on Atletico when they couldn't replace him since it is they who propelled him into the European football elite after signing him from Real Sociedad in 2014.

That loyalty hasn't been wholly rewarded however, with many Atletico fans unhappy at Griezmann's frequent flirting with other sides, including La Liga rivals Real Madrid and Barcelona, often via the French press.

"For months now my name has come out linked with Manchester United," Griezmann wrote in his newly-released autobiography 'Behind the Smile'.

"The English press said they were willing to pay EUR100 million, which is my release clause.

"I was not going to waste time denying it. No matter how much I repeat that I am delighted at Atletico, that I have a great coach and great teammates, they ask me regularly about my future.

"At Real Sociedad I realised I had reached a moment where I had to move to keep progressing, that has not happened at Atletico Madrid. Although, again, I rule nothing out."

The backlash to Griezmann's public comments peaked when he was jeered off as he was substituted during a goalless Madrid derby two weeks ago.

At the time Griezmann was on a barren run of eight games without a goal and, with no one else offering reliable back-up, Atletico's Champions League campaign stalled with defeat to Chelsea and back-to-back draws with Azerbaijanis Qarabag.

"I am with him to the death," insisted Simeone back then before adding "as long as he is in my family".

All has been forgiven, if not forgotten, in the past 10 days as a stunning acrobatic opener in a 2-0 win over Roma got Griezmann back among the goals and Atletico winning again.

Having won just two and scored seven goals in their previous 10 matches, Atletico have won four in a row, netting an average of three goals a game.

After Griezmann's fourth in three games with a late winner against his former side Sociedad on Saturday, he was grappled in a bear hug by Simeone that showed his was fully back in the fold.

One of the best nights in Simeone's glorious six years at the helm in Madrid came at Stamford Bridge in 2014, when he outwitted Jose Mourinho in a 3-1 win that took his side to the first of their two recent Champions League finals.

Should they fail to replicate that performance against Conte's men on Tuesday and not get a helping hand from Qarabag it could be the beginning of a long goodbye for star man Griezmann.