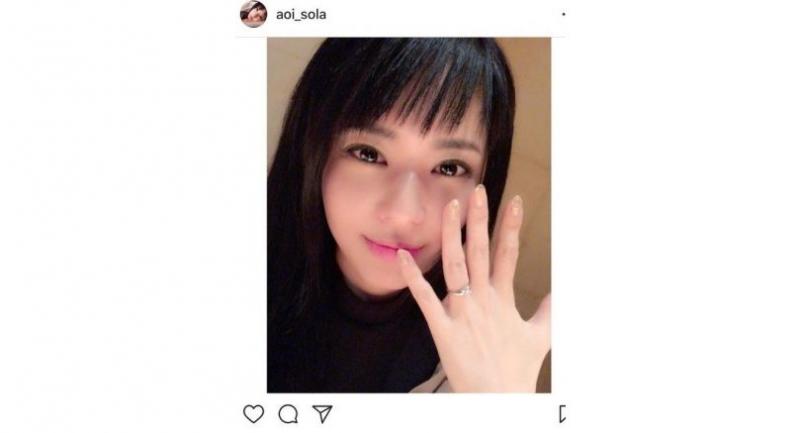 The 34-year-old posted a photo of herself with a wedding ring on Weibo in China, where she has a loyal fanbase, and said in a statement in Chinese: "I, Sola Aoi, am married."

She said she had been worried that her announcement would hurt her popularity, but did not want to lie, Apple Daily reported.

"I want to get married," she said. "I want children. I want my own family. He isn't a handsome guy and he has no money, but he's accepted my previous job."

In a statement in Japanese on her official blog, she introduced her husband, Apple Daily said.

He is Japanese DJ NON and she posted two photos of them drinking.