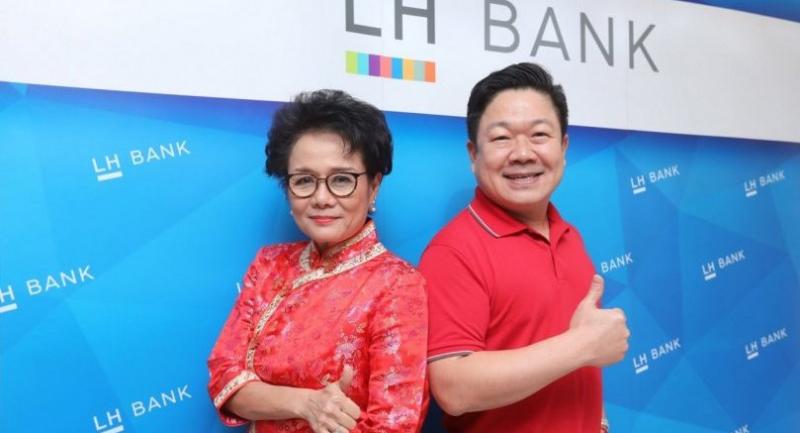 Mark Chen, senior executive vice president, said: “We expect to have a large number of Taiwan investor clients this year.” He did not elaborate on a target figure.

Sasithorn said that LH Banks, after having gained CBTC as a strategic partner, landed a number of Taiwanese clients via CBTC channels. Some four to five of these investors have loans worth around a combined Bt2 billion, the bank’s president added.

Taiwanese investors are active players in Thailand, with many drawn to the electronics and petrochemical industries.

Chen said he just met with members of a trade mission involving some 200 investors who visited the Amata Industrial Park in Chon Buri, one of the three Eastern provinces that are home to the proposed EEC.

Big corporate clients represent 69 per cent of the bank’s lending portfolio. The bank would continue to focus on large corporates, said Sasithorn.

Mortgages and retail represented 17 per cent and 14 per cent, respectively, of the bank’s lending portfolio.

Regarding mortgage loans this year, the bank is aware of the financial position of people in the lower end of the market and would concentrate on loans for properties worth at least Bt4 million, Sasithorn said.

She said new lending this year is expected to grow 10-15 per cent from the year before, benefiting from the continuing economic recovery, with growth in gross domestic product estimated to come in at 4 per cent in 2018.

To raise funds for its high lending target, the bank launched a new deposit product, a three-month time deposit rate at 1.68 per cent interest a year for a maximum deposit of Bt 2 billion, according to LH Bank’s executives. The promotion, which began yesterday, will continue until March 31

For the wealth management business, Monrat Phadungsit, managing director of LH Fund, said that the fund would continue to invest in equities, as shares are still attractive for investment amid market volatility. The fund has assets under management of Bt59.8 billion.

One of the investment risks, Monrat said, was the inflation outlook in the United States. If the inflation rate rises, the US Federal Reserve may increase its policy rate by more than the markets expected, he said.

His comment came after the chief executive of Italian-Thai Development, Premchai Kanasutra, was arrested on allegations of animal poaching in a protected forest.

LH Financial Group had a net profit of Bt2.6 billion last year, down 3.4 per cent from the year before. However, its operating profit rose 11.1 per cent to Bt3.5 billion, helped by interest rate revenue increasing 2.9 per cent and fee revenue climbing 28 per cent.

Its total asset last year were Bt233 billion, a rise of 9.9 per cent from the year before.