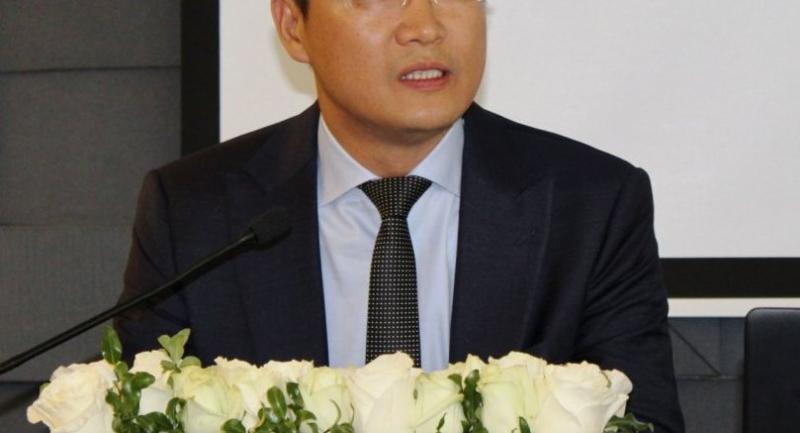 By   KHINE KYAW
THE NATION
BARCELONA

DESPITE a number of challenges, including the lack of ICT infrastructure, digital awareness, and investment, Southeast Asia has drawn the interest of Huawei Technologies Co, according to the ICT giant’s head in the region.

James Wu, president for Southeast Asia at Huawei Technologies, said in a media briefing at the Mobile World Congress (MWC2018) that the firm would largely expand its presence in the region by extending connectivity to include the unconnected and igniting broadband with blazing speed.

“For Southeast Asia, the growth will be driven by big population. We are very confident in economic growth of Southeast Asia as well as our capability in building telecommunication infrastructure there,” he said, boldly.

The region is home to over 653 million people, accounting for 8.59 per cent of the total world population, according to the latest United Nations’ estimates.

“We are committed to providing ICT technology and services in Southeast Asia to push forward digital agenda of these countries. Opportunities are developing together with the digital economy,” he said.

Among the Southeast Asian nations, Wu sees Thailand as one of the most promising spots for the firm’s business expansion, as it has a stable economy and very good 4G network and digital infrastructure in place.

He said the Thai market was as important as that of India, one of most populated nations in the world. He also considers Myanmar as a critical market, thanks to the government’s efforts to build a seamless 4G network by issuing spectrum licences to private firms, for one thing.

“These markets have a very big potential. So, we are committed to bringing advanced technology and solutions to the markets. We will work with our local partners to build the ecosystem, sharing our solutions and expertise with the local communities,” he said.

According to Wu, the firm will equally focus on all the nations in the region, regardless of the development gap between CLMV (Cambodia, Laos, Myanmar, Vietnam) and some other nations.

“Developing the digital economy has become the consensus of most countries, and we are very glad to see many countries in Southeast Asia have launched their digital economy strategies such as Thailand 4.0 and Digital connected Myanmar,” he said.

Wu considers ICT as a high-potential sector and foundation of the economy. According to Huawei GCI, every additional US$1 of ICT Infrastructure investment could bring a return of $3 in gross domestic product in 2016, and the potential return would increase to $5 in 2025.

“ICT drives innovation and transformation in other sectors. It also offers new tools and solutions for responding to social challenges. With it artificial intelligence, ICT allows better communication between people, businesses and governments, and enables real-time agility,” he said.

At the briefing, Wu highlighted four key stages in digital transformation_ building ICT infrastructure, building security for both the physical and digital worlds, developing a supportive environment for industries to go digital, and enabling broader information sharing and processing to help cities and governments better manage the digitisation process.

According to the executive, the firm has been leveraging experiences across borders through close cooperation with Asean countries at each of the four stages.

He said governments should give priority to digital infrastructure, with a focus on broadband and cloud computing, to promote fair competition and inclusive development.

Wu urged to transform traditional infrastructure (such as railways, roads, water, and electricity) into digital one by accelerating industry upgrade.

“With strong government support and policies that enable effective digital transformation, the doorway to the intelligent world is open,” he said.

He pledged to bring the power of digital to every single person and organisation. The firm focuses on ICT infrastructure and smart devices for the development of information, automation, and intelligence technologies and enables partners to grow their content, applications, and cloud with scale, security and reliability.

“We stand at the precipice of the 4th Industrial Revolution, with ICT networks as a foundation and artificial intelligence enabling an intelligent world where all things sense, all things connect, and all things are intelligent. This will create a digital transformation market worth $23 trillion [globally],” he said.

According to Huawei's Global Industry Vision, the number of personal smart devices will reach 40 billion, 90 per cent of smart device users will have an intelligent personal assistant, and many households will have a robot by 2025.

At MWC2018, the firm launched over 20 new products, showcased the results of its cooperation with over 300 partners and hosted 5 forums. It also won the “Outstanding Contribution to the Mobile Industry Award” for 2018 by Global System for Mobile Communications.