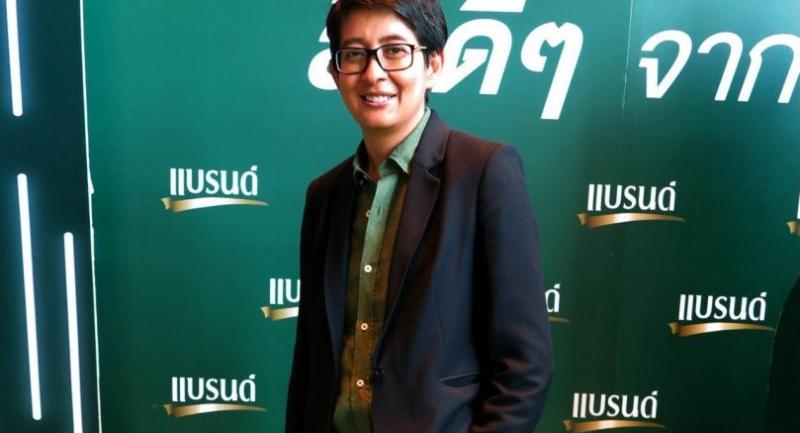 Coca-Cola in Thailand is launching a new version of Aquarius as a low-calorie beverage that contains eight fruit and vegetable extracts.

The new drink comes in a grapefruit flavour and aims to penetrate the replenish drink market segment by targeting young white collar office workers, who tend to lose water and minerals as they go about their daily activities both during working hours and while commuting to their office, even when they are not sweating. Aquarius helps restore and replenish anywhere and at any time of day, the company said.

Claudia Navarro, marketing director of Coca-Cola (Thailand) Ltd, said: “Since the launch of the Aquarius brand in Thailand in 2015, we have found that Thai consumers respond well to replenishing drinks, and are increasingly enthusiastic about maintaining good health and wellness. To meet this growing demand, the Coca-Cola system in Thailand, as the market leader for non-alcoholic beverages, has introduced the new Aquarius drink that contains eight fruit and vegetable extracts and comes in a refreshing grapefruit flavour.

“This savoury, easy-to-drink, and low-calorie beverage comes with the concept ‘ready to restore and replenish’ and we have in store various types of marketing communication activities to effectively reach target consumers and the broader Thai public.”

This latest Aquarius drink boasts a new look and is certified with the ‘healthier-choice nutritional logo’ by the Ministry of Public Health. The extracts come from lemon, orange, carrot, red beet, kiwi fruit, passion fruit, apple, and blood orange to help refresh the body, relieve it of fatigue and allow drinkers to get through their busy days.

“In terms of marketing, Aquarius focuses on penetrating the Thai replenish drink market, which has great growth potential thanks to the country’s hot climate and the active lifestyles of young workers,” the company said. “Marketing activities range from giving out free samples to engaging with target consumers via online activities. Another new flavour in the Aquarius line will be launched later this year.”

Siam Paragon, Siam Center, and Siam Discovery have launched a summer sales campaign with rewards worth over Bt10 million until April 30.

The shopping malls have spent more than Bt30 million on the launch for “Summer Getaway”.

Jiraporn Srisa-an, senior deputy managing director, business promotion, Siam Piwat Co., Ltd, said that March-April is a period of high spending as there are many festivals and holidays for Thais.

“It's also school holidays for students where families often find out activities outside the home,” Jiraporn said. “At the same time, there are many foreign tourists visiting Thailand during the Songkran Festival. Siam Paragon, Siam Center and Siam Discovery have thus launched the campaign to attract tourists and shoppers during the period. More than 500 shops within the three shopping centres have provided many rewards and privileges for shoppers from today until 30 April this year.

“The Summer Getaway campaign involves the cooperation of many shops and restaurants to to provide premium shopping experience and premium rewards for customers.

“The company expects the Summer Getaway campaign will be well received by customers. Sales revenue for stores and restaurants are expected to increase 10-15 per cent, and people will come to shop more at our shopping centres - at an average by 150,000 customers per day at Siam Paragon, and 120,000 per day at Siam Center and Siam Discovery.”

Suntory has recruited “Jaonaay” Jinjett Wattanasin as a Brand’s Chicken Essence presenter for its new campaign “Brand’s Chicken Essence –the Secret to Success that Passes from Generation to Generation”, while investing Bt145 million on marketing activities to boost sales and growth. Brand’s Suntory has injected new blood into its organisation, setting up a management team led by Nanthana Khaopluem as general manager of Brand’s Suntory (Thailand) Co Ltd.

Nanthana has mapped out plans and identified strategies for every product under the Brand’s name, and has launched a campaign titled “Brand’s Chicken Essence – the Secret to Success that Passes from Generation to Generation”.

J Jetrin has teamed up with his son Jaonaay, who has been a success from a young age, to appear in the new ad campaign.

“They are part of the “real” Brand’s family since J Jetrin’s father, Professor Charoen Wattanasin, came on board as ambassador. The three men –representing three generations – have been outstanding in their own way, which reflects Brand’s intention to create the public perception that you can be a success if you know how to plan and put your heart into what you do,” the company said. Brand’s Suntory is injecting Bt145 million into the campaign to boost sales and continue to see growth.

Apart from marketing, Nanthana oversees distribution. Brand’s Suntory has more than 1,000 salesmen serving major shops nationwide to ensure quality and fast service as well as create good relations with outlets in both modern trade and general trade. The company has two allies in logistics –Durbell Co Ltd and Sino-Pacific Trading (Thailand) Co Ltd – involved in distributing its products across the country, with trucks that cover more than 100,000 shops.