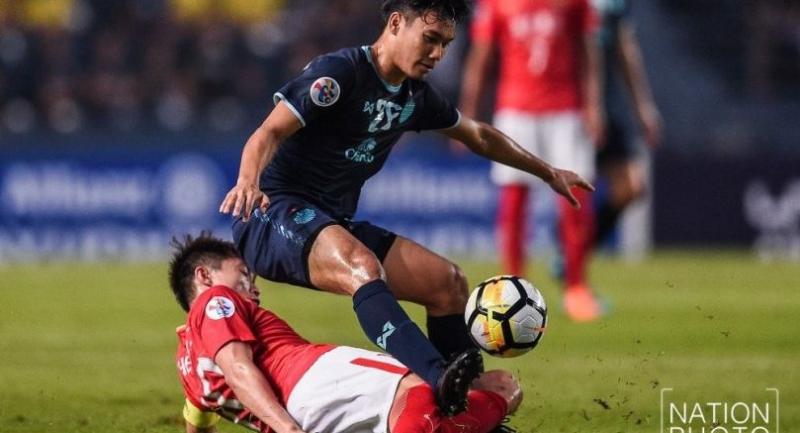 Buriram United earned a late 1-1 draw with Guangzhou Evergrande through a kick from South Korean Yoo Jun-Su during their AFC Champions League Group G competition at the Chang Arena in Buriram province on Tuesday.

The Chinese side got the first goal in the 20th minute when  Zheng Long,  assisted by Ricardo Goulart, blast a shot from outside the box to the top left corner.

During the injury time, the home team found the equalizer when  Yoo Jun-Su (Buriram United) fired a  shot from the centre of the box to the bottom left corner.

Guangzhou still remain atop of the group with nine points while Buriram is at third with six points. The Thai team still have the chance to move into the next round if they finish second in the group.

Buriram will next face Jeju United at the Jeju World Cup Stadium on March 17.