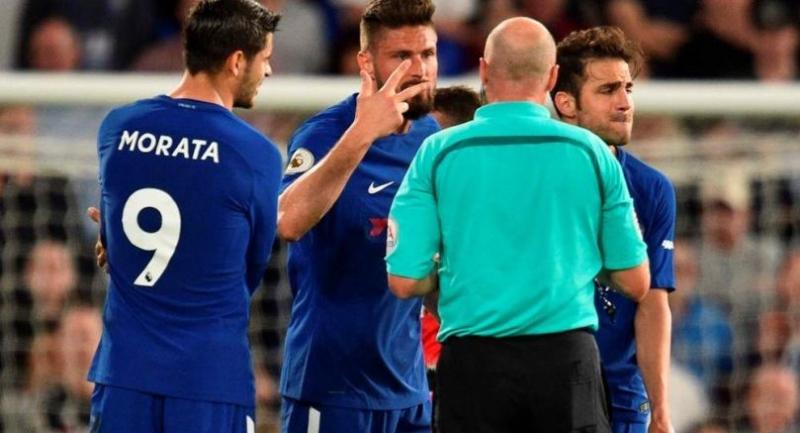 Chelsea have accepted a Football Association charge and been fined £20,000 ($27,000) after players and coaches surrounded the referee at half-time during last week's 1-1 Premier League draw with Huddersfield.

The Blues were angered when Lee Mason awarded the hosts a corner but then blew for half-time before it was taken by Willian. The official had adjudged the required stoppage time had elapsed.

"Chelsea have been fined £20,000 after accepting a charge for failing to ensure their players and/or officials conducted themselves in an orderly fashion," an FA statement said.

The Blues criticised Huddersfield for time-wasting during the game, the result of which hit their hopes of qualifying for the Champions League next season.

A 3-0 loss at Newcastle on Sunday ensured Chelsea finished fifth but Antonio Conte's side could yet end the season with a trophy if they win Saturday's FA Cup final against Manchester United.