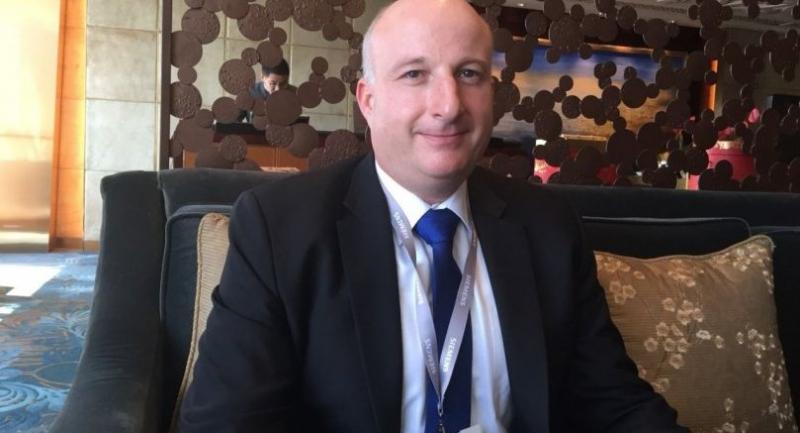 THAILAND faces many challenges ahead as it seeks to transition the country to succeed in the era of automation and digitalisation with the 4.0 initiative.

The country needs to prepare itself to meet Thailand 4.0’s manufacturing environment as well as respond to the expansion of Chinese investments and those from global investors into the Kingdom, said Markus Lorenzini, president and CEO of Siemens Ltd Thailand.

The government’s Eastern Economic Corridor (EEC) initiative will draw foreign investors, and China’s Belt and Road Initiative will also have a major impact on the country – and Thailand needs to prepare if it hopes to maximise benefits for the nation, said Lorenzini. The country’s educational system needs to produce adequate number of qualified people to meet the needs of the rapidly expanding manufacturing sector.

Manufacturers must upgrade their facilities to be much more productive and efficient, he said. And Thai people, whether involved in managing business or in the labour market, must focus on improving their English proficiency.

He said the Belt and Road Initiative (BRI) had provided great opportunities for all impacted countries, particularly through scaling up Chinese investments, and Thailand was one of the focus markets.

“There are a lot of Chinese activities in Thailand, such as in the high-speed train system, which would run from the North to Bangkok. They also show interest in the upcoming public-private partnership [PPP] projects,” said Lorenzini, adding that Chinese investors are also interested in building new factories in the EEC area.

Those advances will enable manufacturers to make unprecedented improvements in the time it takes to get products to the market, as well as shorten innovation cycles and increase efficiency, flexibility and quality. Manufacturers will require a high-level of automation of their manufacturing facilities and strong data support to benefit from the advantages of digitalisation.

Though interested in participating in business collaborations, Siemens will not itself become an operator in any investment projects, as the company does not compete against its clients.

It has the capability to arrange financing for businesses involved in projects, as well as participate through some equity though it is not interested in being a major equity investor.

“We [Siemens] have opportunities to be partners with investors,” said Lorenzini.

“We can provide the latest state-of-the-art technologies and the know-how for production and other solutions for their investments. Those would support the country’s vision towards Thailand 4.0,” said Lorenzini.

He added that for Thailand, different manufacturers are at different stages of progress in shifting to the Thailand 4.0 era.

He pointed to the local sugar industry as an example. That industry’s manufacturing firms are of varying sizes and are also at different stages of automation.

“For our five-year plan, Siemens will further roll out and implement the latest state-of-the-art technologies to make our clients’ manufacturing facilities more productive, efficient and sustainable. We will sustain our energy generation, as well as transmission and distribution,” said Lorenzini.

The company aims for double-digit revenue growth in Thailand and in neighbouring markets of Cambodia, Myanmar, and Laos every year for the next five years.

Siemens Thailand has a representative office in Cambodia, a branch office in Myanmar and a project office in Laos. Also, in addition to its first digital experience centre for the Asia Pacific located in Beijing, Siemens boasts a digital centre in Singapore.

“We currently have no plans to set up a digital centre in Thailand, as it requires a high cost of investment. Thailand lacks the same labour force availability and talent found in Singapore,” he said.

However, the company is interested in providing help and support for smart city projects if Thailand takes the initiative. Siemens would like to be a key partner in smart city projects, particularly for e-mobility, said Lorenzini.

Joe Kaeser, president and CEO of Siemens AG, spoke in Beijing last week at the Belt and Road International Summit 2018. Kaeser told the meeting that the current geopolitical constellation and the Belt and Road Initiative are changing China’s role in the world – not just strategically but also economically.

BRI can improve lives of people

Taken at face value, he said, the Belt and Road Initiative is an invitation to the rest of the world to take part in the biggest infrastructure project of all time. It’s a landmark movement that represents a 1 trillion euros (Bt38 trillion) investment in infrastructure in about 90 countries and beyond, he said, and a project that has the potential to improve the lives of 70 per cent of the world population. Kaeser said it was a project that would create opportunities in practically every sector.

“With our comprehensive portfolio of advanced technologies, our innovation power, our technical expertise, but especially our global footprint, and our flexible service models, [Siemens is] ready and prepared to help Chinese companies go global,” said Kaeser.

One of the world’s most international companies, Siemens boasts 377,000 employees and 1.3 million customers in over 200 countries.

“China is a key growth market in our global network. More than 32,000 colleagues in China, including 4,500 people in R&D, work in more than 40 factories in the country,” Kaeser told the conference. “There are 21 innovation centres and 60 regional offices. Altogether, directly and indirectly Siemens employs more than 100,000 people in China. Siemens is also one of the largest foreign-invested companies in China, with interests in 89 companies in China.”