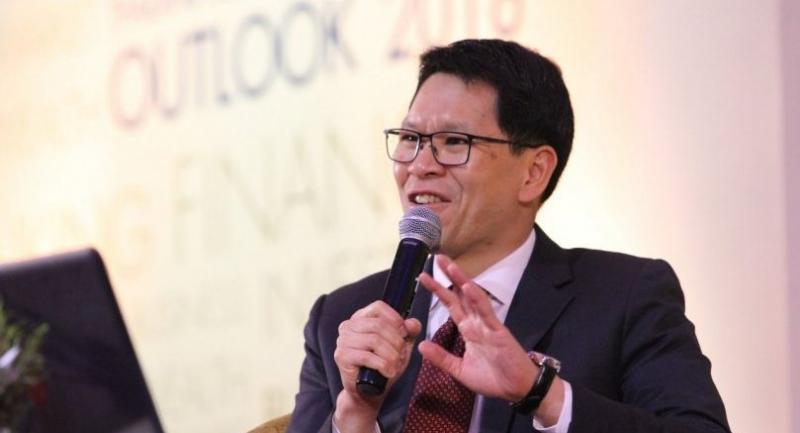 THE Bank of Thailand (BOT) has made clear that the country’s robust external positions leave the central bank free to set its own monetary policy, regardless of the upward trend in interest rates around the world.

This year, the US Federal Reserve is expected to raise its federal funds rate four times, taking the range to 2.25-2.5 per cent. The tightening policy is pressuring capital movements in emerging markets, along with mature economies. As the US central bank normalises the country’s interest rates, its actions are increasing pressure on their peers in other countries to follow suit.

Just how fast each country’s benchmark rate will rise depends mainly on its economic stability and financial buffers. Relative strengths in these areas would indicate the level of independence central bankers have in setting monetary policy.

In a special interview with Krungthep Turakij, BOT governor Veerathai Santiprabhob said monetary policy is usually set to respond to local economic conditions. However, the global financial system is inter-connected and countries with insufficient buffers to cope with capital outflows would struggle to resist the market direction.

Thailand’s external positions are very sound as the country’s public and private sectors have mostly made local borrowings. Therefore, when global interest rates increase, Thailand will be shielded from much of the impact, Veerathai said in the interview with Krungthep Turakij, a sister publication to The Nation.

The country has high foreign reserves as buffers against the global financial market volatility and, coupled with a high current account surplus, this helps to bring independence to monetary policy settings.

In response to a question on the appropriate timing for a rate increase, Veerathai said that as Thailand adopts a flexible inflation targeting framework to set its monetary policy, inflationary pressure, economic expansion, financial stability and policy space will be taken into account to decide on the policy rate direction.

If there is inflationary pressure that pushes it outside the targeting framework, the central bank must take care of it, Veerathai said.

For now, such pressures are not very high and inflation has just returned to its lower bound for only three months. More importantly, the monetary policy should be centred more on inflation from the demand side, rather than from the supply side, the central bank governor said.

Meanwhile, challenges exist in the form of structural factors that have prompted changes in impacts to inflation. For example, technology-based products are much cheaper and this prevents inflation from rising, while e-commerce allows consumers to easily compare prices, Veerathai said. This has made rises in product prices more difficult and, thus, has an effect on increases in inflation.

“Several countries, including Thailand, have paid attention to factors behind inflation and Thailand may need to review whether or not the inflation targeting framework of 2.5 per cent will fit the future economy or how appropriate a year-by-year inflation target is,” Veerathai said.

In regard to the economy, Veerathai said that its performance depends on the growth outlook. Recently, the BOT viewed that the economy has made a clearer recovery and its estimate for this year’s economic expansion was revised up from 4.1 per cent to 4.4 per cent. Each economic engine has worked better and broader with clearer recoveries in private consumption and investment, Veerathai said.

“Concerns over the economic recovery have been much less than last year. The first-quarter economic growth of 4.8 per cent and this year’s estimated growth of 4.4 per cent have made the MPC (Monetary Policy Committee) become more comfortable for a clear economic recovery. However, there are risks such as trade sanctions which could affect Thai export and economic expansion in the next periods,” Veerathai said.

He said that given the previous economic crisis, governments in several countries have had to inject money into the system to solve economic problems and, as a result, fiscal burdens and public debts have increased. And the governments may not be able to fully exercise fiscal measures. Therefore, if there is no room for monetary policy and economic problems arise, Thailand may find it has no tools for the Thai economy in the next periods. This points to the importance of the policy space, Veerathai said.

“Monetary measures have costs with pros and cons. Nothing is free. The prolonged low interest rates give rise to side effects,” he said.

He said that the MPC adopts the data dependent approach, which is used to evaluate situations consistently and look through information in several dimensions to decide when the policy rate will rise. “Three to four issues as said above will be weighted. Certainly, when situations change, the weight accorded to each issue may be changed,” Veerathai said.