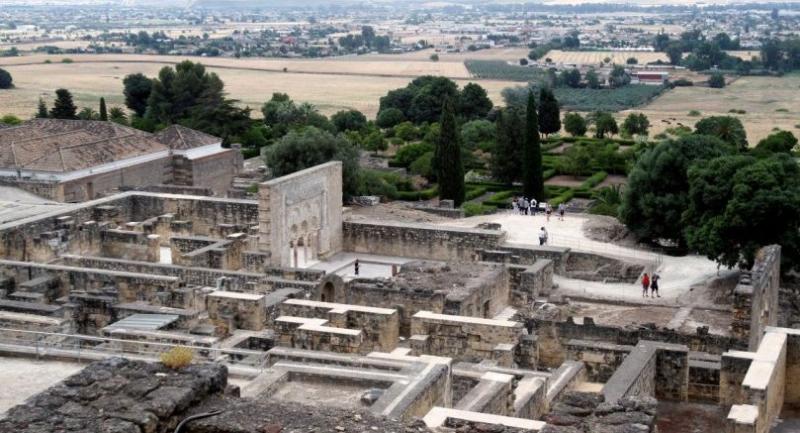 People visit the Caliphate City of Medina Azahara in Cordoba, Spain, which was recently added to Unesco’s list of World Heritage sites. /EPA-EFE

THE REMARKABLY well-preserved remains of the Caliphate city of Medina Azahara, a medieval Arab Muslim town near the Spanish city of Cordoba, was added to Unesco’s list of World Heritage sites last week.

The 10th-century Moorish site provides “in-depth knowledge of the now vanished Western Islamic civilisation of Al-Andalus, at the height of its splendour,” said Unesco’s World Heritage Committee, which was meeting in Bahrain. People visit the Caliphate City of Medina Azahara in Cordoba, Spain, which was recently added to Unesco’s  list of World Heritage sites. /EPA-EFE

After prospering for several years, the magnificent palace-city, which was the de facto capital of al-Andalus, or Muslim Spain, “was laid to waste during the civil war that put an end to the Caliphate in 1009-10,” the committee said in a statement.

The city was built as a symbol of power to rival the caliphate of Baghdad, but lasted less than a century before it was destroyed in an uprising that ended the Cordoba caliphate at the beginning of the 11th century.

The remains of the city were forgotten for almost 1,000 years until their rediscovery in the early 20th century. The Italian industrial city of Ivrea, which was developed in the 20th century as a testing ground for Olivetti, manufacturer of typewriters, mechanical calculators and office computers, was also rewarded.

Unesco described the city as “a model social project” expressing “a modern vision of the relationship between industrial production and architecture”.

Tags:
the Caliphate city of Medina Azahara Spain A caliphate