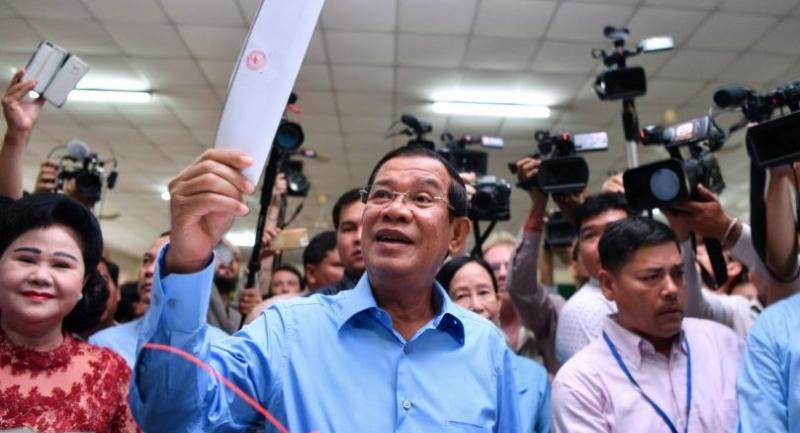 Brussels - The European Union on Monday said elections in Cambodia that handed strongman Hun Sen full control of parliament lacked credibility and did not reflect the will of the people.

"The lack of genuine electoral competition and the absence of an inclusive political process mean that the July 29 election is not representative of the democratic will of the Cambodian electorate," a statement from the EU's foreign affairs office said.

Some 8.3 million people registered to vote in Cambodia's sixth general election since polls were held in 1993 after decades of conflict.

But Sunday's vote lacked any serious contenders after Hun Sen backed a crackdown on the opposition last year.

Given the context, the EU had declined to act as an observer in the  elections and suspended its financial assistance to the Cambodian election authorities.

The EU deplored the "highly restrictive political climate" and implored  Cambodian authorities "to restore democracy, to engage in dialogue with the opposition, and to create conditions conducive to free political debate."

The Cambodian People's Party led by premier Hun Sen "will take all seats across the country", spokesman Sok Eysan said in an interview Monday at party headquarters.//AFP