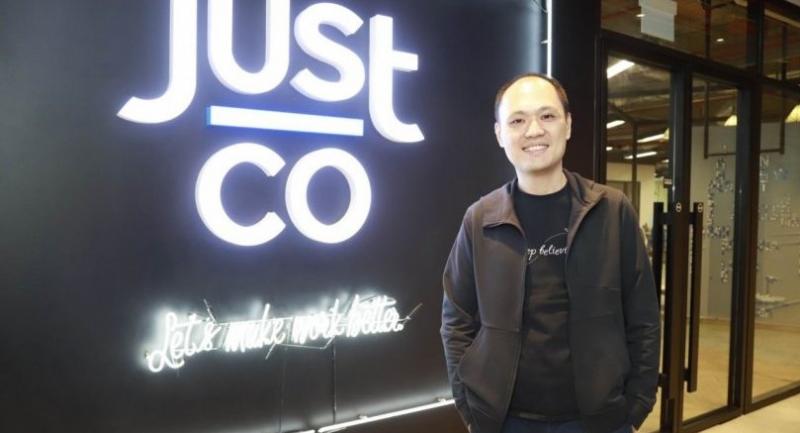 JustCo boss Kong Wan Sing, at his Singapore office, says five new centres are planned for Bangkok at an investment of up to US$5 million each.

SINGAPORE-based JustCo, which owns and manages co-working spaces, plans to spend more than US$100 million (Bt3.2 billion) to add 100 locations in 13 Asian markets – including Thailand – to its network by 2020, founder and chief executive officer Kong Wan Sing said yesterday.

Five of the new centres are planned for Bangkok, with investment of US$3 million to US$5 million each. Each centre will provide more than 4,000 square metres. As many as 40 centres will be opened in China, Wan Sing said.

The company expects its co-working and office space to reach 250,000 square metres in the 13 countries and territories by 2020, he said.

Currently, the company has eight co-working space centres and five serviced offices in Singapore, as well as two sites in Bangkok, and will open a third site in Bangkok, at Samyan Mitr Town, next year. The company has three locations in Jakarta and two in Shanghai. Combined, they provide co-working and office space of 70,000 square metres, with occupancy rates of more than 70 per cent.

“We cannot fix an exact amount for our investment but it will be more than US$100 million,” Wan Sing said. “We gained funds from our major shareholders, Frasers Property and GIC, worth US$177 million early this year and that will be enough for our business expansion at this time.

“However, if we need to increase our budget for business expansion, we believe that our shareholders will be willing to pay for such expansion.”

Aside from Frasers Property and GiC, JustCo’s other significant shareholders include developer Sansiri Plc, among others.

In Thailand, JustCo set up a joint venture firm with Ticon Industrial Connection Plc, with Ticon holding 51 per cent of JustCo Thailand Co Ltd and JustCo the remainder.

Wan Sing said that demand for co-working space will see strong growth, based on a change in people’s preferences for co-working space over the traditional model for rented office space. This is because the environment surrounding co-working spaces creates a kind of community and serves as an inspiration for startups, entrepreneurs, and owners of small and medium-sized enterprises, he said.

In Singapore, co-working spaces have grown to account for about 5 per cent of the total office market, rising from just 1 per cent two years ago. The segment is enjoying growth of up to 9 per cent a year, Wan Sing said.

The company forecasts that co-working spaces will make up about 5 per cent of the total office market in 2020, Wan Sing said.

“When we expand our investment to open co-working space that needs an occupancy rate of about 60 per cent, that will generate income to cover our investment within four years,” Wan Sing said. “This presents an opportunity for our business expansion.”