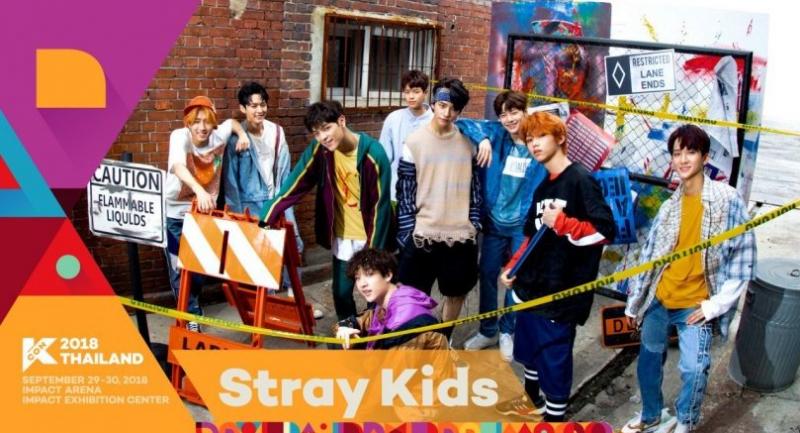 Korean stars Stray Kids, SUNMI, THE BOYZ, and TheEastLight are the latest additions to the KCON 2018 Thailand’s line-up and will join the already announced GOT7, (G)I-DLE, Golden Child, and PENTAGON at one of the world’s largest Korean culture conventions and music festivals at Impact Arena, Muang Thong Thani on September 29 and 30.

The KCON festival will allowed fans to experience all things South Korean, with Thailand the first country to host the event in Southeast Asia.

Stray Kids are recognised for their potential to be the next global K-Pop stars with Billboard magazine selecting them as one of the “Top 5 New K-Pop Artists to Watch in 2018”.

SUNMI, now considered synonymous with top K-Pop female solo artists, expects to show her stunning and charismatic stage presence that will charm Thai K-Pop fans. Meanwhile, THE BOYZ is a global rookie group who caught the eye of many K-pop fans by selling nearly 100,000 copies of their debut album.

TheEastLight., a young dynamic boy band group, joins KCON for the first time since their debut. Thanks to exceptional songwriting and composing talent, the energetic and thrilling band play is going to grow its loyal following in Thailand.

In addition to the two-day star-studded concerts, Meet & Greets – where fans can meet artists up close - will be held and are generating high expectation among fans, for this will be an opportunity for artists and their fans to get together and interact.

Other activities include a K-POP Cover Dance Contest, famous Thai influencers’ K-Food Mukbang Show – where a host eats large amounts of food while interacting with the audience – and demonstrations of K-Beauty Make-up.