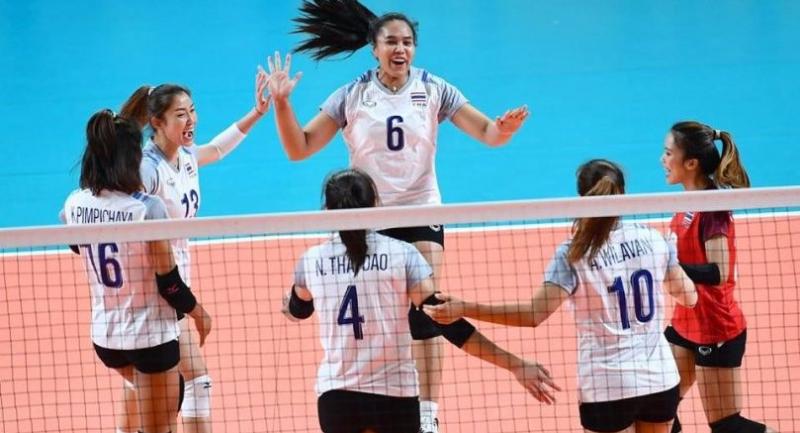 Jakarta - Thailand rewrote a new chapter of volleyball history after stunning title-holders Korea in pulsating four-setter to advance to the Asian Games final for the first time in 56 years.

Securing a place in the final has earned Thailand at least a maiden silver medal they have never won since the Asiad women’s volleyball competition debut in 1962 in Jakarta. Thailand have yet lost to any rival heading to the Friday’s semi-final clash against the Koreans, powered by scoring machine Kim Yeon-Koung. Against the formidable rivals who beat them 3-1 in this year’s VNL, the Thai players were on red-hot form from the first whistle in the first set, which turned out to be one-way traffic. Thailand captured the comfortable set 25-15. With the win in their sails in the second set, Thailand proved once again a well-oiled machine as Pleumjit, Wilavan and Onuma Sittirak yielded crucial points for the team’s 25-20 victory. Going down two sets, the Koreans made a promising start in the third set, with Kim unleashing a barrage of fierce blows to thrash the errors-strewn Thais 25-20 to reduce the margin to 1-2. In the fourth set, the injury-prone Thailand, with powerful hitter Chatchu-on Moksri sidelined with her left ankle sprain and Ajcharaporn Kongyot unable to move easily with her minor right knee injury, tried to claw back into the game.

Nonetheless, the Koreans stayed in front with a 5-point clear at 6-11. With Wilavan Apinyapong and Pleumjit Thinkaow orchestrating their defence, Thailand improved their fortunes to trail the tough rivals with just two points behind at 18-20.

Despite a strong challenge from Korea, Thailand performed well to seal the deal 25-22. It is the first time that Thailand have made it this far in the Asian Games. At the previous edition in Incheon, Korea four years ago, Thailand took a maiden bronze medal after beating Japan in the third-place playoff. In the Sunday’s final showdown, Thailand will go up against the winners between world No.1 and Rio Games champions China and Asian winners Japan.