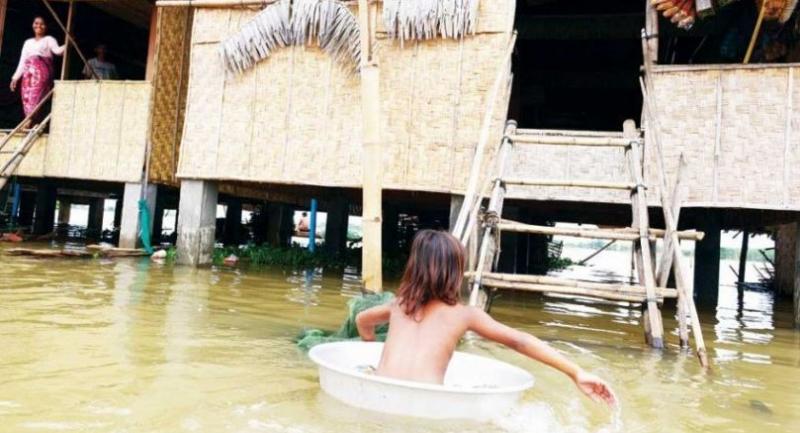 The floodwaters of the Mekong River have begun to recede across the country, but concerns remain over damage caused in Stung Treng and Kratie provinces.

The Mekong River Committee (MRC) plans to hold an open forum this month on the development of hydropower dams along the river. However, 20 NGOs in the Kingdom have said they will boycott the event.

Waters were particularly catastrophic this year after the collapse of the Xe Pian Xe Namnoy hydropower dam located near the Kingdom’s border with Laos.

The dam, which cost an estimated $1.02 billion, was a project undertaken by a South Korean company.

After the collapse, tens of thousands of hectares of crops and residential land were inundated, displacing 50,000 families.

Morn claimed that 50 per cent of his cashew nut plantation was completely damaged.

“My family and I, along with some villagers, left home for safer ground on the hills because the waters were rising very quickly. We brought only important items and two pigs. We left 20 ducks there. They drowned that night."

“We have really never experienced such a flood before and I do not want to see this terrible event happen again,” Morn said.

He appealed to the authorities not to allow any more dams to be built along the Mekong. He said biodiversity and the livelihoods of those living along the river would be impacted.

Nonetheless, his appeal could fall on deaf ears, as the MRC had recently announced it will lead a discussion in the Lao capital about proposals for two new hydropower dams in the region.

An announcement issued by the committee last month said the forum will take place over two days near the end of this month.

A group of 20 environmental NGOs responded to the announcement by saying they will boycott the forum unless the projects are delayed.

Mok Bunthoeun an official at the NGO Forum, said after the collapse of Xe Pian Xe Namnoy, the Laos government called for further dam projects to be delayed until the collapse is investigated fully.

“The Laos National Mekong Committee explained that the Pak Lay hydropower dam is not a new project, but we think that the regional discussion forum should be delayed."

“The Mekong Committee should reply formally to our request for an explanation over the impact of the previous hydropower dam or else we will not attend the forum,” Bunthoeun said.

Meanwhile, National Committee for Disaster Management spokesman Keo Vy agreed that the forum should be delayed to next month while the collapse of Xe Pian Xe Namnoy is investigated.

“It will not be late even if we delay the regional discussion forum to next month. However, experts of the MRC and relevant parties should make the decision,” he said.

But the committee hasn’t given any indication that the forum will be delayed.

“This forum is a special opportunity to discuss and share concerns with other country members of the MRC, especially the country mentioning about this project and find a solution for those concerns.”