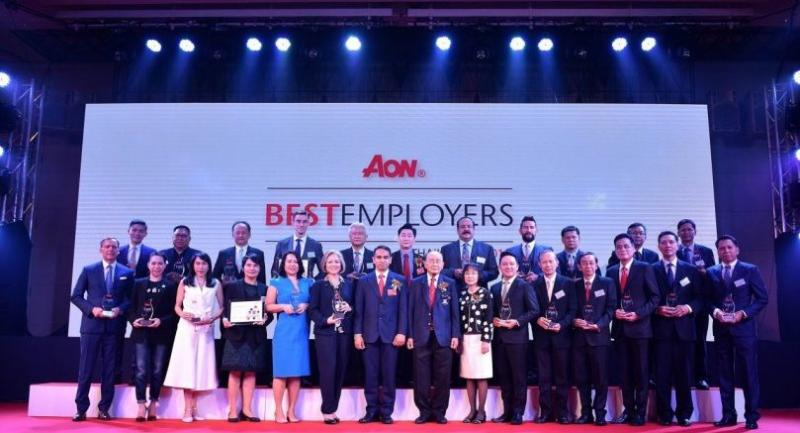 Carlos will be responsible for setting sales, marketing and commercial strategy for Coca-Cola Thailand and Laos, replacing Sahin who is moving to the company’s Atlanta headquarters in the US. He has garnered a great deal of multicultural experiences through a spectrum of roles across many regions, including Latin America, the Caribbean and Oceania throughout his 22 years with the company. During his two-decade-long stint with the Coca-Cola System, he navigated across functions including market research, brand management and franchise and commercial leadership.

He started his journey with Coca-Cola in Uruguay, his native land, in 1996 as a trainee in knowledge and insights before moving into marketing as a brand manager for Sprite. He occupied roles of increasing responsibility as franchise leader for El Salvador, Honduras, South Caribbean, Venezuela, Colombia to his current role as franchise operations director for Coca-Cola South Pacific, based in Australia.

Asean has entrusted Thailand to host the AJCCBC. ETDA is leading the project, with three training sessions to strengthen cybercrew.

Pichet Durongkaveroj, the Minister for Digital Economy and Society, revealed after chairing the inauguration of the AJCCBC that the ministry had been designated as a constituent of the AJCCBC during the assembly of the Asean-Japan Telecommunications and Information Technology Ministers Meeting held in Cambodia last year.

The ministry nominated the ETDA, as ETDA has experience in training cybersecurity personnel. The AJCCBC is sponsored by Japan, both technically and monetarily, ensuring efficient training for Asean member states.

Dailymotion, a leading video player technology and content discovery platform, has announced a partnership with GMM Grammy, one of Thailand’s most established media entertainment companies and content publishers. The agreement brings fresh music and a catalogue of over 5,000 songs to an audience of 300 million people worldwide.

Following the global relaunch of the platform, Dailymotion is reinforcing its mission to become a premium destination for video content by focusing efforts with partners in key markets such as Thailand. Per data from Dailymotion, audiences in Asia Pacific across mobile, desktop, and OTT have grown 70 per cent in the past year alone along with a 50 per cent increase in views on premium content locally.

“We are delighted to have an opportunity to partner with Dailymotion, which we consider to be a top platform globally. Not only are we able to expand our reach given that a majority of Dailymotion’s audience in Asia Pacific consumes entertainment content but more importantly, this is in line with our online strategy to open another channel for distribution. To get started, we have released 5,000 songs of over 100 popular artists such as Bodyslam, Endorphine, Peck Palitchoke, Potato, Getsunova, and many more in order to draw in and increase viewership for our content.” Fahmai Damrongchaitham, chief sales officer of GMM Music, said.

Antoine Nazaret, vice president of content in Asia Pacific for Dailymotion, said the company was excited to welcome this partnership as it signalled an important step for growth in the Thai market.

Over the past few years, several digital streaming platforms have expanded in Thailand, which demonstrates the high quality and popularity of video content here. Dailymotion is primed to become a major player to help increase both local and overseas audiences around Thai content.

“From our years in business, we’ve learned about the need for premium and local content. GMM Grammy is one of the most influential entertainment companies in Thailand, so it makes sense strategically for us. It’s not about the number of partners, but quality as we seek to strengthen our positioning worldwide,” he said.

Aon Best Employers Thailand achieved engagement scores of 86 per cent, compared to a market average of 62 per cent.

In a dynamic economic environment, Best Employers inspire their employees with a compelling vision. About 89 per cent of employees in Best Employer organisations agree that their senior leadership provides them a clear direction for the future (24 points higher than market average).

In addition, Best Employers have a total rewards strategy in place that focuses not just on pay but learning and career development opportunities as well.

About 79 per cent of Best Employers’ employees feel that they receive appropriate recognition for their contributions (25 points higher than market average).

Tesco Lotus has launched QR code payment system at all cashiers across stores nationwide, accelerating the move to a cashless society.

With its commitment to serving shoppers a little better every day, Tesco Lotus has activated QR code payment system at its 10,000-plus cashiers across stores nationwide. The initiative covers all cashiers at all types of Tesco Lotus stores in every part of the country, including tenants leasing space in the shopping mall area. In collaboration with Bangkok Bank, customers paying with QR code from today until December 31 will receive exclusive promotions including cashback and cash coupons worth up to Bt450 per person, as well as extra Clubcard points.

Salinla Seehaphan, corporate affairs director, said that Tesco is committed to serving its customers a little better every day by offering high-quality products at affordable prices along with a great shopping experience at all of our channels.

The company’s customer research continues to show that convenience is still a very important factor for customers when it comes to their shopping experience. However, 4.0 era customers have come to define convenience differently. For them, convenience means speed and ease of usage.

“With this insight in mind, coupled with the rapid growth of mobile banking and online payments in Thailand, we have partnered with Bangkok Bank to install new EDC machines at all 10,000-plus cashiers in Tesco Lotus stores nationwide to facilitate QR code payments from all compatible mobile banking applications. In addition, we are also supporting 11,000-plus tenants leasing space in our shopping malls to offer QR code payments to customers, further enhancing their shopping experience as Thailand moves towards becoming a cashless society.” she said.