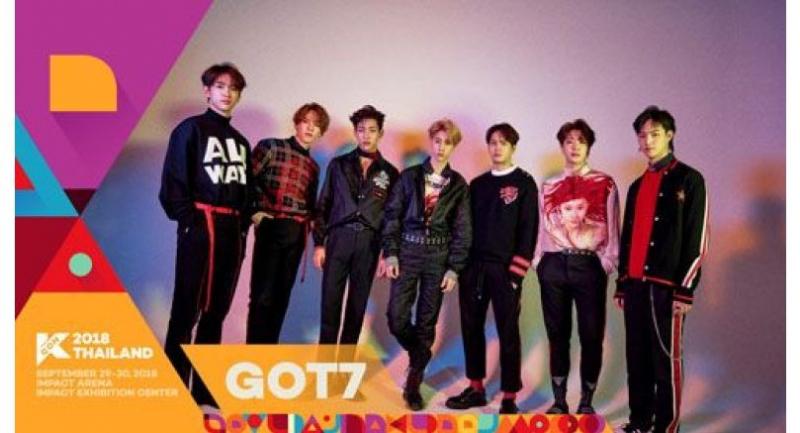 KCon – the world’s largest Korean culture convention and music festival – is coming to Thailand for the first time.

It’ll be at Impact Arena and the Impact Exhibition Centre on September 29 and 30, bringing K-fashion, K-beauty, K-food, K-dance and K-drama by day and then K-pop by night. “It’s certainly meaningful that KCon has chosen Thailand as the first country to visit in Southeast Asia,” says Shin Hyungkwan of CJ ENM, which created the touring event.

“Given that Thailand has frequent cultural exchanges with neighbouring countries and has its own strong cultural influence across Southeast Asia, this will be an exciting opportunity for fans to experience a variety of Korean cultural content.” KCon started in California in 2012 and has since drawn 687,000 fans worldwide. There have been festivals in Los Angeles, New York, Tokyo, Abu Dhabi, Paris, Mexico City and Sydney, Australia.

In the K-pop lineup for Bangkok are Got7, Wanna One, Monsta X, Pentagon, (G)I-dle, Golden Child, Stray Kids, Sunmi, the Boyz, the East Light, Chung Ha and formis_9. Got7 recently proved their worth with a tour taking in 17 cities around the globe. They’ve been all over Thailand before, but it’s expected they’ll present a different show this time. Last year they took their Nestival tour to four different Thai cities and this year they sold out Impact Arena three times.

Wanna One is an 11-member boy group formed by CJ ENM through the 2017 TV reality show “Produce 101”, whose viewers voted to choose the members and the group’s name. They too have done a world tour, performing tracks from the albums “Energetic”, “Boomerang” and “Light”. Monsta X played 20 cities from May through August and were just here in June.

The members of Pentagon write their own songs and produce their own albums. (G)I-dle will perform their self-composed debut song “Latata”, a No 1 hit on the K-Pop charts. Golden Child was named one of the 10 Best New K-Pop Acts of 2017 in Billboard magazine. Stray Kids have been recognised for their potential to be the next global K-Pop stars, picked by Billboard as one of the Top 5 New K-Pop Artists to Watch in 2018.

Sunmi, now considered synonymous with top K-Pop female solo artists, has a charismatic stage presence and gives a classy performance. Chung Ha, formerly of IOI, is famous for her uplifting voice and strong singing, as heard on her hits “Roller Coaster” and “Love U”. The Boyz are comparative rookies but sold nearly 100,000 copies of their debut album. The East Light are a young, dynamic boy band with exceptional songwriting talents and a thrilling performance.

Sweet and cheerful fromis_9 arrive in Thailand on the heels of a successful showcase at KCon LA this summer. The rise of hallyu (Korean culture) in Southeast Asia will be everywhere in evidence at the festival, from fan-engagement experiences to workshops, talk shows and presentations on popular beauty products and dishes. The prices for the evening concerts start at Bt1,800 and include free admission to the convention. Passes for meet-and-greet sessions are also on sale. Go to www.ThaiTicketMajor.com or the official site, www.MWave.me/kcon.