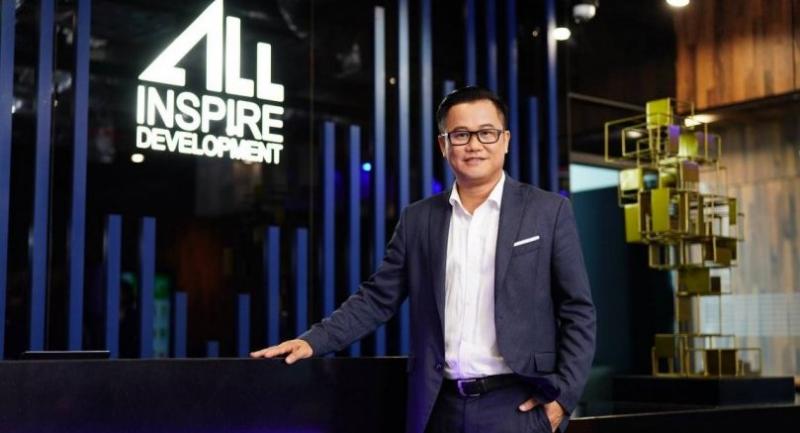 PROPERTY firm All Inspire Development Plc is aiming to have its Excel and Impression brands recognised among the top five for homebuyers within five years under a stepped-up focus on quality, the company's chief executive officer Thanakorn Thanawarith said yesterday.

To achieve this goal, the company has set up a joint venture firm, AHJ Eakkamai Co Ltd, with Japanese partners JR Kyushu and Hoosiers Holdings to develop their first condominium project, in Ekkamai, under the Excel Rise brand. It will be launched in the first half of 2019.

All Inspire Development Plc holds a 51 per cent stake in AHJ Eakkamai Co Ltd, with 29 per cent owned by Hoosiers Holdings and 20 per cent by JR Kyushu.

“The project is undergoing the design process and the project value will be announced at the end of this year, for presales to open in the first half of next year,” Thanakorn said.

He said the joint venture firm would support the company for its business expansion in terms of financing and technology, as both JR Kyushu and Hoosiers Holdings have long experience in the construction and design of residential buildings in Japan.

This marks the second time that the company has set up a joint venture with Hoosiers Holdings, following a deal last year for the development of Excel Hideaway Sukhumvit 50, worth Bt2 billion.

“We are open to the opportunity to set up joint venture firms with all foreign partners who interested in expanding their investments to develop residential projects in Thailand, because we want to learn about technology and design from our partners,” Thanakorn said.

He said the partnership with JR Kyushu marks the first time that they have cooperated. Thanakorn is looking ahead to more joint developments with JR Kyushu and Hoosiers Holdings.

JR Kyushu, which is the market leader for the operation of rail systems in Kyushu, recorded total revenue equivalent to Bt111 billion at the end of 2016. Hoosiers Holdings has total sales averaging Bt16.5 billion a year.

Separately, All Inspire Development yesterday applied to raise capital from the Stock Exchange of Thailand under a plan to increase its registered capital from Bt408 million to Bt560 million by issuing 152 million new shares in an initial public offering (IPO). The flotation would take place after the company secured approval from the Securities and Exchange Commission of Thailand.

“We will spend the new capital on our business expansion and pay back some of our loan, reducing our debt-to-equity ratio from an average of 3:1 to less than 3:1,” deputy chief executive officer Somchai Charntanawet said.

After the IPO, the Thanawarith family will reduce its majority stake from 99 per cent to 75 per cent, from its total registered capital of Bt560 million.

All Inspire Development Plc was established in 2013 with registered capital of Bt2 million by the Thanawarith family and launched its first condominium project, the Excel Baring, at that time.

The company has a total backlog worth Bt8 billion from its existing residential projects, which are undergoing construction.

The company recorded total revenue of Bt1.15 billion in the first half of this year. It is preparing to transfer to customers property worth Bt730 million, out of a total backlog of Bt8 billion, and this will be booked as revenue during the rest of this year, Thanakorn said. This would mark strong growth from last year, when total revenue was Bt714 million, he said.

This year, the company has launched five residential projects worth Bt7.2 billion, down from an earlier plan for the launch of seven projects worth Bt10 billion. It also enjoyed record-high presales in the first nine months of this year.

“Now that we have a high backlog and presales were a record high, we considered delaying the launch of the next two projects from this year to next year," Thanakorn said.

He said that the business strategy for the joint venture firm with the Japanese partners and the planned capital raising came under the company’s efforts to boost its investment and achieve the brand-recognition goal within five years.