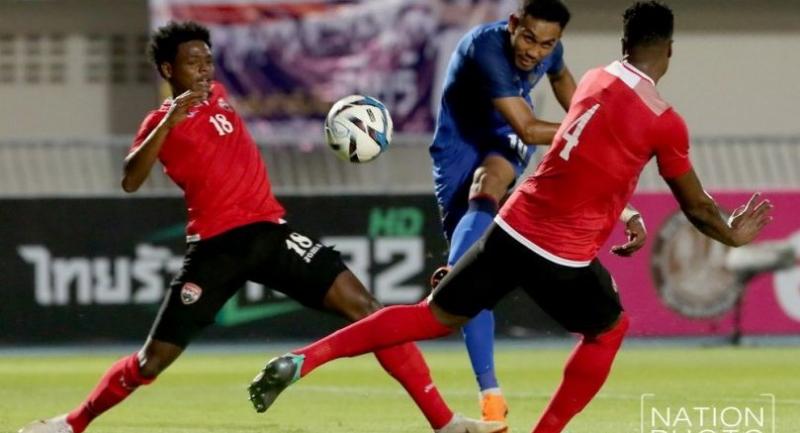 Thailand, with the presence of three J-League players, beat Trinidad and Tobago 1-0 in their International Friendly ‘A’ Match at the Suphanburi Stadium on Sunday. Chanathip Songkrasin, Teerathon Bunmathan and Teerasil Dangda, all taking a break from playing professional football in Japan, took part in the match which attracted over 15,000 fans. However it was Thitiphan Puangjan who scored the goal for the Kingdom in in the 66th minute.

Goalkeeper Sinthaweechai Hathairattanakool played his swan-song match after 14 years representing the national team. He took charge for 15 minutes before Chatchai Bootprom was sent to take his place.

Thailand produced back-to-back wins after they just beat Hong Kong in the other exhibition at the Mongkok Stadium on Thursday.