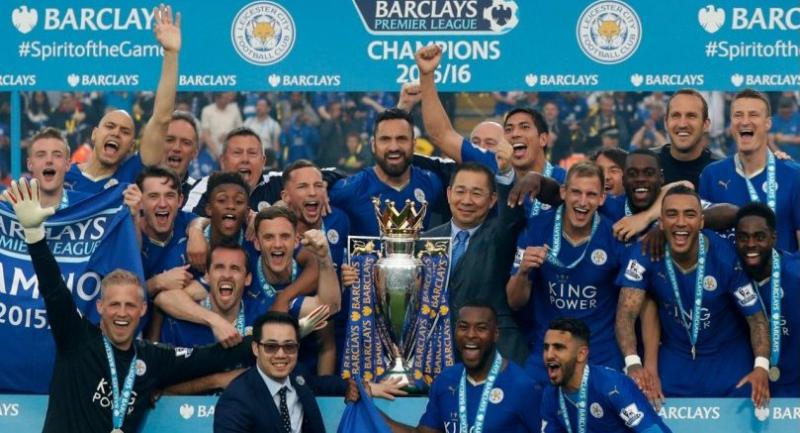 London - Thai duty-free billionaire Vichai Srivaddhanaprabha was best known on the sporting front for the fairy-tale success of Leicester City's Premier League title triumph in 2016, but his investment in horse racing was hoped to yield the same results.

Vichai, who died after his helicopter crashed outside Leicester's stadium on Saturday, had only hours earlier been celebrating the success of two of the around 60 horses he owns in training, despite only getting involved in the sport last year under the team name King Power Racing.

Vichai invested around £30 million ($38 million, $34 million) in racing, vying to become a force in the 'Sport of Kings'. One of the winning horses' names on Saturday bears a now grimly ironic name -- Happy Power.

Happy Power's trainer Andrew Balding will feel the impact more than most. At the start of the season, he had 33 horses sent by Vichai -- almost a fifth of his stable.

For a trainer like Balding, Vichai's investment was a potential game changer as he battled against the stables backed by billionaire Arab owners.

"The big operations like Juddmonte and Sheikh Hamdan (Al Maktoum) haven't had horses here, so it will be fantastic to get some really good individuals pedigree-wise, which will be a big bonus to the yard."

Mirroring his stewardship at Leicester City, against-the-odds winners of the Premier League in 2016, Vichai became a meticulous investor in horses.

Balding said Vichai had put "a lot of thought" into the purchases he made at last year's sales.

"He was heavily involved in every purchase, at the end of a phone," he said.

"We tried to point him in the right direction but ultimately he made the decisions."

Even in racing, Vichai could never leave his beloved Leicester City -- known as the Foxes -- far from his thoughts.

The names of his horses reflected this such -- one is named Fox Vardy, after England striker Jamie Vardy whose goals propelled the club to the league title.

Another is called Fox Kasper -- in honour of the team's goalkeeper Kasper Schmeichel.

Ever the showman, Vichai's announcement of his intention to become a major player in racing was made at the auction in Kensington Gardens on the eve of perhaps the most famous racing festival in the world, Royal Ascot.

Through his bloodstock agent Alastair Donald, he spent over £2 million at the sale last year on horses due to run at the festival and did the same again this year.

Despite some successes, his investments have yet to yield the desired results, particularly at Ascot.

Even his most expensive purchase -- the beautifully-bred King Power, who cost £2.5 million as a yearling last year, failed to sparkle on her debut on Saturday, finishing out of the places.

But King Power, Happy Power and maybe Fox Vardy could go on next year to become champions. The footballer Vardy after all took years to fulfil his potential.