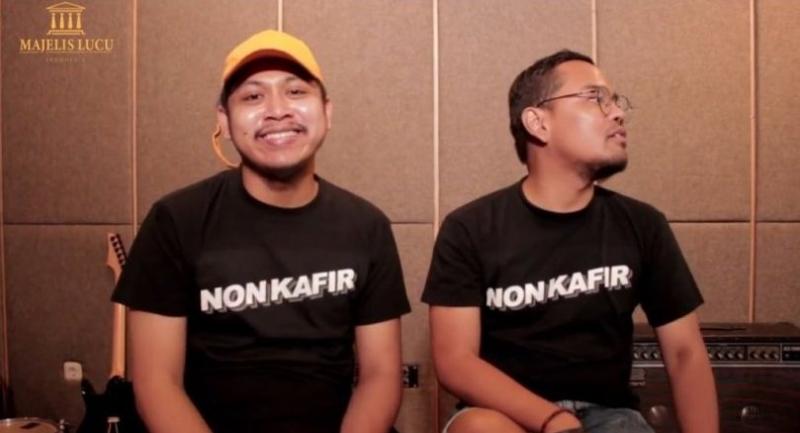 Comedians Tretan Muslim and Coki Pardede have claimed to have received several death threats after uploading a video on the popular video sharing platform Youtube in which they cooked a pork dish.

"I am very open and thankful if anyone wants to reproach me or give me advice, because if someone is wrong, they should be reproached and reminded," Tretan said in a YouTube video posted on Tuesday.

"But curses, insults, persecution, condoning the killing of me and my friend and death threats toward me and people close to me – I am sure that those things do not reflect Islamic teachings."

Nevertheless, both Tretan and Coki apologized for any offense caused by the video and announced they were leaving comedy group Majelis Lucu Indonesia (MLI) because of the brouhaha.

They said several MLI events had been canceled because of protests from Muslim organizations over Tretan and Coki's video.

"Not just from Majelis Lucu Indonesia; the two of us are also leaving Indonesia's entertainment scene," Tretan said.

Coki added that the pair would concentrate on improving their knowledge of comedy and other matters before returning.

In the video, Tretan, a Muslim, teamed up with Coki, a Christian, to cook pork with date syrup and honey.

Tretan joked that he could hear the pork saying "Hell, hell, the fires of hell!" and the two speculated on whether adding dates, which Muslims are encouraged to consume when breaking the fast, would reduce the haram level of the pork.

The video went viral after popular preacher Derry Sulaiman posted a short clip of it on his Instagram account on Oct. 20 with a message condemning the two comedians.

"Who are these people? [They are] disrespectful, they want to be famous by making fun of our religion," he wrote. "Please tell me where these two people live, I want to hear their jokes in person (that are not funny at all)." The post has since been deleted.

Comedy has long been part of Indonesian culture, and some high-profile figures, including late cleric Abdurrahman "Gus Dur" Wahid, are known to have often joked about religion.

But the rise of religious conservatism and what scholars called the "weaponization" of the blasphemy law by radical groups seemed to have created a climate of fear where anything remotely considered as blasphemous could land an individual in jail.