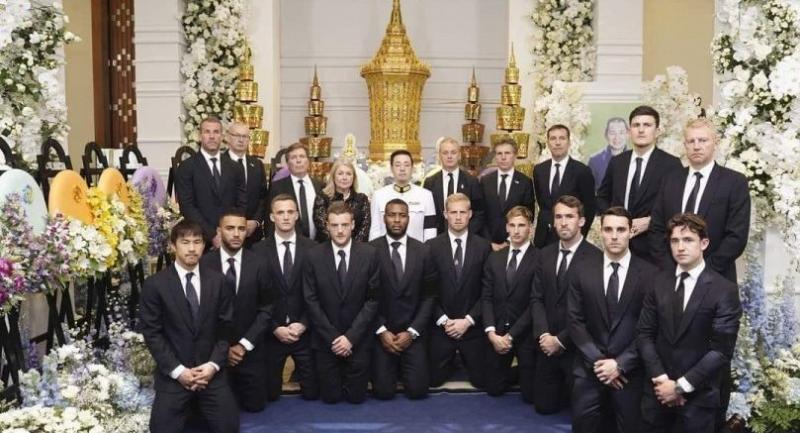 Grief-strickening Leicester City players, manager and other representatives attended the funeral rite of their highly revered owner Vichai Srivaddhanaprapha in Bangkok , less than 20 hours after they beat Cardiff in the Saturday’s Premier League.

They arrived in late afternoon and went straight to join the recitation ceremony at Debsirindrawas Temple to hounor the club’s chairman, one of the five victims in a helicopter accident at the King Power Stadium last week. The LCFC players and representatives appeared solemn and sorrowful during the funeral rite presided over by Her Royal Highness Princess Sirivannavari. The royal sponsored bathing ceremony was performed on Saturday and had been attended by many elites in the Kingdom.

The former Premier League champions will spend a night and are due to return to UK on Monday to prepare for their next game against Burnley on Saturday.