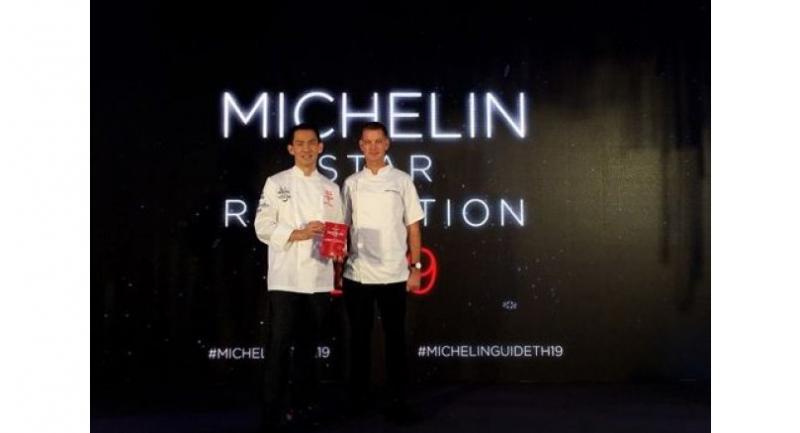 The restaurant is known for its fine-dining Thai-inspired dishes created and presented with impressive modern interpretations by renowned Danish chef Henrik Yde Andersen, whose Kiin Kiin restaurant in Copenhagen also has a Michelin star.

“Gaining recognition from Michelin is very challenging but also extremely rewarding,” says Chayawee Sutcharitchan, the Bangkok restaurant’s head chef. “To retain our Michelin star is equally challenging and I pay tribute to the outstanding work of the team here at Sra Bua by Kiin Kiin.”

The hotel’s general manager, Alex Pichel, in turn praises Chayawee for his “amazing consistency in the quality, texture and flavour of every dish”.

“Attention to detail is paramount and I am delighted that this has again been recognised by the Michelin Guide.”

The second edition of the little red guide has also expanded its reach to cover the best dining venues in the southern provinces of Phuket and Phang Nga, as well as Bangkok’s neighbouring provinces of Nonthaburi, Pathum Thani, Nakhon Pathom, Samut Sakhon and Samut Prakan.

Innovative European restaurant Suhring, run by and named after twin chefs Mathias and Thomas, earned an upgrade from one to two stars.

No restaurant in Thailand has won the coveted three stars yet, though all three two-star venues from the inaugural edition – progressive Indian eatery Gaggan, contemporary French restaurant Le Normandie and European delight Mezzaluna – have retained their ratings.

The bilingual edition of “Michelin Guide Bangkok, Phuket and Phang Nga 2019” in Thai and English is available in a print version for Bt650 at leading bookstores and in a digital version at www.Guide.Michelin.com.