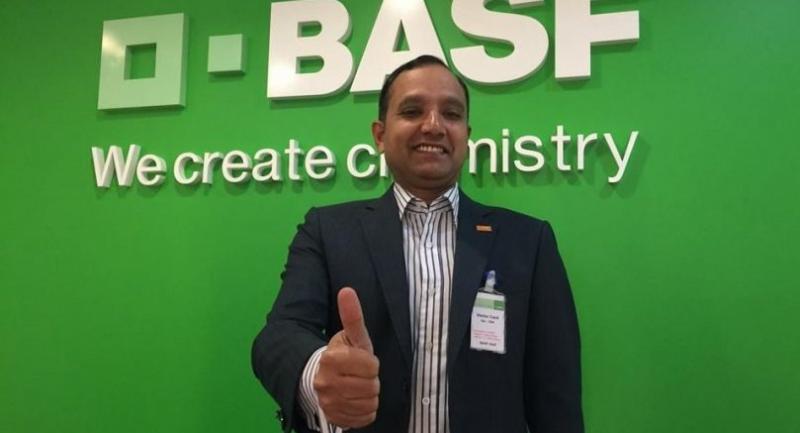 THAILAND will continue to keep its vital role as a hub for the Asean region, especially among Cambodia, Laos, Myanmar and Vietnam, said Ramkumar Dhruva, president, regional division for South and East Asia, Asean and Australia and New Zealand, BASF East Asia Regional Headquarters Ltd based in Hong Kong.

BASF is the world’s leading manufacturer of chemicals, which are used in almost all industries.

In an exclusive interview with The Nation, Dhruva, who took over as the regional president in July this year, pointed out that as president for the Asia Pacific region, his vision is to understand the growth prospects and opportunities in Thailand and the support of government and authorities to the local industries, particularly chemicals, automobiles and agriculture.

“We have seen good momentum going forward in Thailand and Asean. Production reached about 3.9 million vehicles last year. Automotive production in Asean is growing steadily, and 50 per cent of automotive production in the region is from Thailand. Thailand represents the largest coatings market within Asean followed by Indonesia and Malaysia,” said Dhruva.

He added that with an increasing number of automotive original equipment manufacturers engaging in production and technology development activities in Asean, there is also a growing need for local innovation in automotive solutions and products, as well as a high degree of technical services.

“Thailand is a growing economy and a very interesting market, especially for agriculture and automobiles. We have made in the last year significant investments in the country. The opening of our mobile emission catalyst plant in Rayong province in the middle of this year will support the Thai government’s Eastern Economic Corridor [EEC] project, which covers 10 different industries in three major eastern provinces – Rayong, Chachoengsao and Chon Buri. The plant will also meet BASF’s automotive customers’ emerging technology needs in Thailand and throughout the Asean market, and help its customers meet stringent emission regulations, such as Euro V.”

Dhruva also provides support to the local and regional automobile industry with the inauguration of an automotive coatings production plant at its manufacturing site in Bangpoo.

It started operations in December last year. The new plant is the first BASF automotive coatings manufacturing facility in Asean, and will produce solvent-borne and waterborne automotive coatings to meet growing market demand in the region. It also complements the facilities at the Coatings Technical Competence Centre Asean, which was opened in September 2015 at the same location.

The technical centre includes a laboratory for product development, high performance application facilities, colour design, as well as a small batch production unit. The co-location of production and technical facilities enables operational efficiency and speed to market. The new plant’s design not only allows BASF to offer customised service, it also has the potential for future expansion and the flexibility to adapt to new production requirements and changing industry trends.

“The opening of such chemical plants is also in line with BASF’s strategy to support the growth markets with investments in the region,” said Dhruva.

He said that Thailand is a hub for countries like Vietnam, Myanmar, Laos, and Cambodia, where BASF operates and gets support from Thailand, not only on the production side, but also through an innovation and competence centre.

The company has a coating technical competence centre at its plant in Bangpoo, which takes responsibility in adapting products for the local industries and needs. BASF also has two innovation hubs in Shanghai and Mumbai, which provide support to the Bangpoo innovation centre as well as product developments in the region.

Dhruva said that Asean has small but important and fast-growing emerging markets like Vietnam and Myanmar. Vietnam is already a strong contributor to BASF in the Asia Pacific region. Sales to customers in Vietnam were worth approximately 328 million euros last year, compared to 245 million euros in 2016.

Meanwhile, Myanmar is a relatively new market for BASF. Its registered sales in Myanmar more than doubled to 9 million euros last year, compared to 4 million euros in 2016. The company successfully established its presence in Myanmar with the opening of a representative office in 2015 and inaugurated its first construction chemical production plant in May this year. Under the Master Builders Solutions brand, the plant produces standard and custom-made performance admixtures to meet the increasing demands for high-quality construction chemical products in Myanmar.

Dhruva said that the annual GDP growth in Vietnam was 6.51 per cent on average from 2000 until 2018. In the first half of this year, the economy also grew by 7.08 per cent and by 6.88 per cent in the third quarter. In spite of a slowdown in the second half, the government is confident of achieving its annual target of 6.7 per cent. Other than construction chemicals, the important areas of growth include paint and coatings, agriculture and automotive production.

Meanwhile, Myanmar has a potential GDP growth rate of between 7 per cent and 8 per cent or perhaps even more. As the country evolves, it offers great potential for various industries, including agriculture, mining, and construction, he said.

“Achieving sustainability at the same time is a big challenge for both Vietnam and Myanmar, but a major opportunity for chemistry. We are committed to helping our customers to be more successful by being close to them and by providing them innovations and solutions for a sustainable future,” said Dhruva.

Dhruva said that innovation also plays a vital role in the growth of BASF.

“Globally, 27 per cent of our sales is from accelerator products – those with the highest contribution to sustainability along the value chain,” he said.

Dhruva said that the company has already launched its new strategy, which aims for both profitable and CO2-neutral growth. Under the strategy, sales with products that make a substantial contribution to sustainability are expected to reach 22 billion euros in 2025.

“For example, in Thailand we have a successful joint venture with PTT Global Chemical Plc for the Fatty Alcohol Ethoxylate facility at the Eastern Industrial Estate in Rayong. At the plant, we have initiated the ‘heat recovery’ project to recycle the heat in our plant,” he said, adding that the project allows the plant to save up to Bt500,000 monthly or about Bt6 million a year.

“Our objective is to make our production sustainable,” said Dhruva.

BASF achieved 47.089 billion euros in total sales in the first three quarters of this year, with 5.7 billion euros as earnings before interest and tax (EBIT). The contribution from the Asia Pacific is currently at around 22 per cent.

BASF has operations in 18 markets in Asia Pacific with 100 production sites and 125 sales offices. The company employs 18,256 people in the region.

“Our aim is to grow above the chemical market, which has increased by between 2 per cent and 3 per cent globally on average. Our growth is driven by investing in plants, products and people,” said Dhruva. “We look at every market and invest for growth and necessity,” he said.

Dhruva said that people play a very important role in the success of BASF. The company has good talents both in Thailand and Asia.