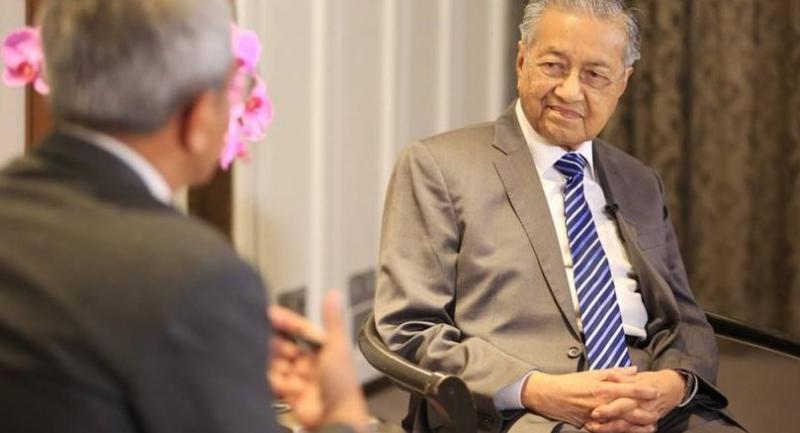 Asean, which Thailand will chair next year, must take tough measures to put pressure on Myanmar and its de facto leader, Aung San Suu Kyi, to end atrocities against the Muslim Rohingya, Malaysian Prime Minister Mahathir Mohamad said this weekend.

More than 720,000 refugees have fled Myanmar’s strife-torn Rakhine state to Bangladesh since August last year, when militant attacks on security outposts prompted a heavy-handed “clearance operation” by the military (Tatmadaw) that claimed thousands of lives. Muslim residents of Rakhine faced arson, torture, gang rape and murder and many were forced to flee their homes.

The United Nations and United States dubbed the onslaught by the Tatmadaw “genocide”.

The UN called for Myanmar’s generals to face the International Criminal Court or an international tribunal on the charge.

“We can appeal to the government of Myanmar, but if there is no response and the atrocities continue, Asean must support international moves to stop this abuse of authority and injustice in Myanmar,” Mahathir said in an interview with The Nation over the weekend.

“Asean has to learn how to bring pressure on governments that are not treating their own people with fairness and justice,” he said. “If Asean just allows these people to be massacred, it doesn’t seem we are acting responsibly.”

While the government in Nay Pyi Taw set up and sponsored several committees to address the crisis in Rakhine, Suu Kyi was criticised for delaying action and doing little to tackle the problem at its roots.

Mahathir said he and other foreign leaders has urged Suu Kyi to help the Rohingya, just as other nations rallied to protect her when she was a victim of injustice under Myanmar’s former military regime from 1989-2010.

“Aung San Suu Kyi once fought against the military, but now she is a member of the government and is not able to have any influence over the military,” Mahathir said. “She should not associate herself with the military. They were unjust to her and now they are unjust to the Rohingya.”

Thousands of Rohingya have refused plans set out by Myanmar and Bangladesh to repatriate them, fearing for their safety should they return. Predominantly Buddhist Myanmar does not seem to want them back, Mahathir pointed out. Their fear of more violence is such that they would risk a dangerous journey across the Indian Ocean to Southeast Asia, where thousands have sought asylum in mainly Muslim Indonesia and Malaysia, he said.

Mahathir said Malaysia wanted to send them back to Myanmar, but they don’t want to go. “They might stay longer – they won’t become Malaysian citizens, but they will be [accepted as] refugees.”

Visiting Thailand since Saturday, Mahathir was yesterday conferred a prestigious Thai honorary doctorate by Rangsit University in recognition of his statesmanship.

He told The Nation that Malaysia’s newly appointed peace facilitator Abdul Rahim Noor, a former police chief who is familiar with problems in the southern border area with Thailand, would help to install peace in the predominantly Muslim region.

Violence has rocked the South since early 2004 claiming over 7,000 lives so far. Dialogue with insurgent groups, initiated in 2013, has yielded no significant results.

As the MARA Patani, a so-called umbrella organisation, is widely believed to not represent the insurgents on the ground, Mahathir suggests that Thailand authorises invitations for other groups to join the talks.

“We are aware of the fact that there is not only one group, but several groups, so if one group achieves a kind of settlement, it doesn’t mean other group will accept the result of such negotiation. Therefore, it’s important to meet as many groups as possible,” he said.

Abdul Rahim Noor reportedly informed the Thai authority early this month that he would introduce leaders of the Barisan Revolusi Nasional (BRN) separatist group to the talks but they were not expected to be willing to take part.

While the establishment of peace talks with the insurgents is an uphill task, Mahathir said the Thai authorities should try offering certain autonomy to local people in order for them to give up the struggle for independence.