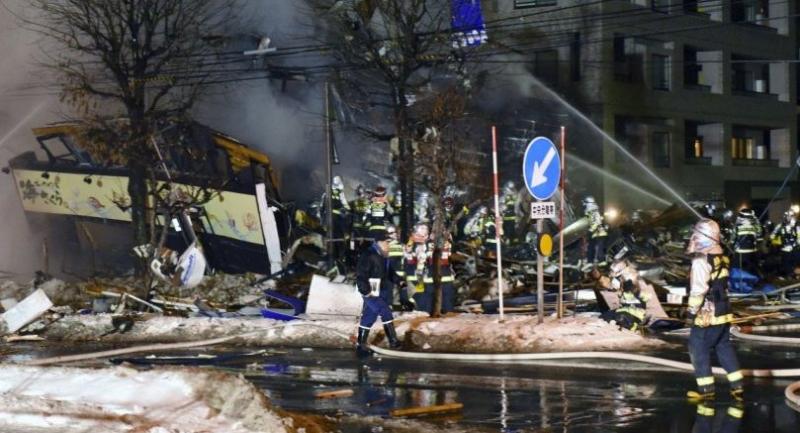 More than 40 people were wounded as buildings collapsed following a blast at a drinking establishment in Sapporo, northern Japan, on Sunday night, Japanese media reported.

Police and firefighters joined hands in getting the accident site in the Toyohira Ward of the city in Hokkaido under control, fighting flames and smoke, and warned people in the neighborhood of the possibility of another explosion.

Further details about the incident that occurred around 8:30 p.m local time are unknown, according to the police