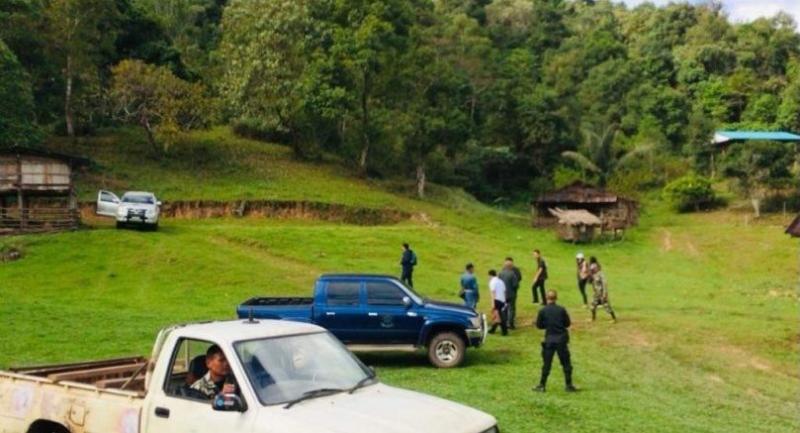 Ban Pang Bom in Nan’s Don Phaya tambon where is experimenting with community based forest governance.

SOMSAK SAE-LAO, an assistant village chief in the small Nan community of Pang Kob, still has no idea whether his villagers could be subject to any benefits for helping protect surrounding forest under a global scheme known as REDD+, if implemented here.

The village has unresolved overlapping claims with Khun Nan National Park on a high mountain, thus becoming uncertain about their land rights.

Since 2009, ambitions for deep cuts in greenhouse gas emissions have intensified, when most of the worlds heads of state gathered at the Conference of Parties in Copenhagen (COP15), and the reduction of emissions from deforestation and forest degradation known as REDD+ has been pushed as part of the efforts to help relief climate change, including at the latest conference that ended on Friday in Poland.

For forest communities around the world, they have since prepared to do their part, only to be caught in a miasma of technicalities. No less critical is the way forests are managed nationally, which in some cases could bar them from receiving benefits that derive from their efforts.

“Whenever we had conflicts with forest officials in the past we lived in fear, because we didn’t know what we were allowed to do to make a living on our land,” said Somsak, 37. “Things have improved because now we have clearer boundaries, but the fact is that we live among protected forestland and our land rights have come in question.”

Insecurity over land rights in forested areas is among critical issues of forest governance addressed by the latest study by the Centre for People and Forests.

Overcoming that insecurity with forest governance is a critical factor if Thailand is to manage its remaining valuable forests, estimated to cover 32 per cent of all land. Of this amount, only 23 per cent is protected area.

Early this year, the centre conducted a study, applying a tool called “Enabling Environment Assessment”, developed by the environmental group WWF, which builds on the UN Food and Agriculture Organisation’s “Framework for Assessing and Monitoring Forest Governance”.

According to Warangkana Rattanarat, the centre’s programme director for Thailand, in a survey of more than 100 representatives of forest communities, including those in Nan, insecurity over land rights in forest areas scored lowest, reflecting less governance. Next was public participation, which also scored relatively low.

In Nan, forests comprise more than 60 per cent of the total land area, among the highest ratio in the country.

“The implication of forest governance is it can help guarantee the success of our forest management,” Warangkana said. “In the past we lost a great deal of forest area because of poor management. Without proper management, any goals we set – including for the coming REDD+ effort – would not be achievable. Why would people invest their time and energy if they don’t have a firm hold on their land?

“In the context of climate change and reducing greenhouse gases, forest plays a critical role, but to achieve the goal we need not only to increase carbon storage,  but also find a way to sustain it. That needs good forest management, and this is why forest governance becomes critical.”

Warangkana said forest management involved three prime dimensions: policy creation and a legal framework, planning and decision-making, and implementation and enforcement. The three must be mutually reinforcing to ensure success.

The work would not succeed, for example, unless policy was turned into viable plans and properly implemented.

She referred to a recent Cabinet resolution affirming a proposal by the national land-policy committee to resolve the issue of overlapping rights, known as Khor Tor Chor.

Under that policy, land in forest areas where citizens’ claims overlap with those of the state would be classified and managed to different degrees, with land rights redefined.

However, she sees trouble ahead because the next steps – planning and implementation – remain problematic, prompting distrust of the intent of even good policies in some pilot areas.

“We can see acknowledgement of the long-time problems and an attempt by the state to resolve them, but fundamentally it’s participation that seems to be lacking in all processes. The state sets the course alone,” said Warangkana.

Athapol Charoenshunsa, acting chief of the Royal Forestry Department, said current policies as well as legislation are on the right track and ready to be implemented.

In the future, he conceded, state officials would need to reform themselves and work closely with citizens who have land claims, starting with a joint demarcation of their overlapping properties.

He asked back forum participants whether people are ready for change and to work with forest officials.

“This would be the future work that supports good governance,” said Athapol.