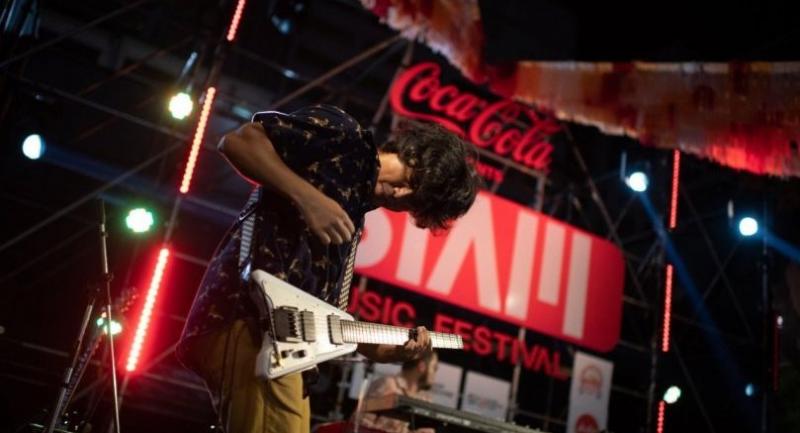 Coca-Cola indulged consumers with unlimited Coke No Sugar to pair with popular street foods in the Coke with Food zone, and also organised an exclusive “Coke Meet & Greet” activity that allowed fans to get up close and cosy with renowned artists like Thaitanium, Phum Viphurit, Non Thanon Chamroen and Tattoo Colour.

The Coke Music Award Reunion welcomed big names likePod Modern Dog and Pause, veterans of the Coke Music Awards that have given birth to many of Thailand’s leading singers, who gathered on the same stage to sing “Come Join Us”, the famous Coke theme song, which also served as the festival concept.

The whole of Siam Square Soi 5 was turned into a street food sanctuary for two days, with Coke No Sugar flowing freely and delighting with the familiar original Coke taste but with no sugar as festival-goers had a blast.

The Coke Bridge Tower, an innovative drink-dispenser, made its debut for the first time in Thailand in the Coke Experience Zone, where drinkers got to create their own unique drinks in a flash by choosing such flavours as vanilla, strawberry or blue raspberry to add to the Coke, Coke No Sugar or Sprite base. Shopaholics also found themselves rummaging through trendy shops in the Fashion zone. And the festival was not only about entertainment, but also highlighted the importance of eco-consumption.

This first-ever trash-free concert put a focus on sorting and recycling trash with sorting bins located throughout the site. Another exclusive ‘Meet & Trash’ activity gave the audience an opportunity to mingle with celebrities like Pitchanart “May” Sakakorn, Virithipa “Woonsen” Pakdeeprasong, and Ray McDonald who were there to promote trash segregation and waste recycling. In addition to the 2 days of fun, Coke made sure the festival gave this new generation of concert-goers a brand-new experience.