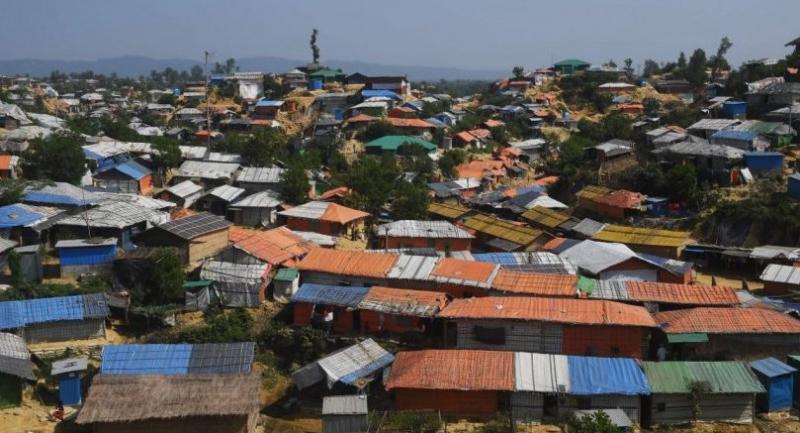 File photo : A general view of a refugee camp for Rohingya is pictured in Ukhiam, Bangladesh.//AFP

Dhaka - Bangladesh police on Saturday found the bullet-ridden bodies of two alleged Rohingya drug dealers in a southeastern coastal town notorious for its connection with the Myanmar meth trade.

Teknaf town police chief Prodip Kumar Das said the bodies were found lying next to a highway beside the sea and some 10,000 meth pills were recovered from their possession.

"Both of these refugees were... notorious drug dealers in the region. We're suspecting they were killed in a gang fight over sharing profits," he said.

The police said they were investigating the deaths but did not provide further information on the two men.

Over 720,000 Rohingya Muslims have fled a brutal military crackdown in Myanmar's northern Rakhine state since August 2017 and joined some 300,000 refugees already living in squalid camps in Bangladesh's Cox's Bazar district.

Bangladeshi authorities say local kingpins use the refugees -- trapped in poverty and unlikely to return home any time soon -- to transport "yaba" pills which are made in Myanmar meth labs.

Yaba is a methamphetamine-based, caffeine-cut stimulant that translates as "crazy medicine".

The coastal town on the Naf river that divides the two neighbours is a key entry point through which yaba enters the South Asian nation's multi-million dollar drug market.

In May Bangladesh launched a violent anti-drug crackdown which saw the deaths of at least 250 drug dealers, including 26 in Teknaf in the last three months.

Experts have compared the campaign with the Filipino anti-drug war of Rodrigo Duterte, in which police say they have killed nearly 5,000 alleged users and pushers -- although rights groups say the toll is at least triple that.