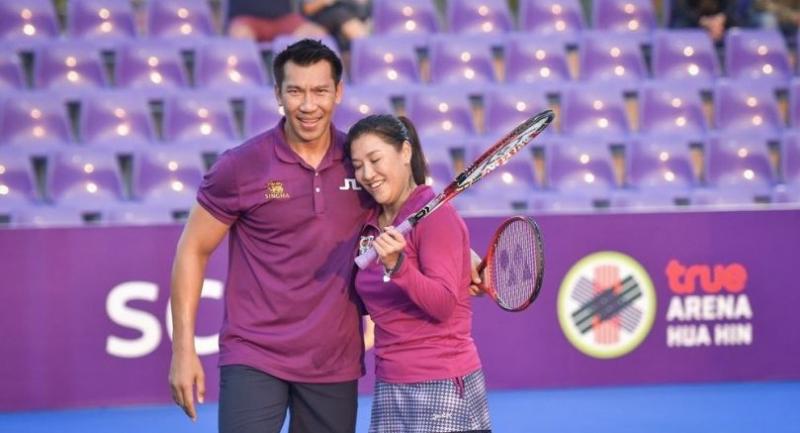 Thai legendary tennis players Paradorn Srichaphan and Tamarine Tanasugarn took part in the opening ceremony of the SCB Centre Court to be used for the upcoming WTA Thailand Open due between January 28 - February 3 at the True Arena in Hua Hin. The former world No 9 Paradorn and No 19 Tamarine also played an exhibition match at the 2,500 capacity-court CEO during the ceremony also attended by SCB President  Arthid Nanthawithaya and Suwat Liptapanlop, advisory chairman of the WTA event which offers a total prize money of US$250,000.

The centre court is designed as a sunken court and features the same surface used in the Australian Open. True Arena has been the venue for several ITF circuits, Challenger events and WTA 125K series as well as the Fed Cup.

Two-time Grand Slam champion Gabine Muguruza of Spain will be the top seed in the  Thailand Open, which will be the biggest tennis event in Thailand in several years, while several top Chinese stars including Asian Games gold medalist Wang Qiang, world No 39 Saisai Zheng and No 40 Shuai Zheng will also strut their stuff at the beach resort.

Thai No 1 and world No 66 Luksika Kumkhum will carry the Thai flag into the WTA event which will also feature former Wimbledon finalist Sabine Lisicki.