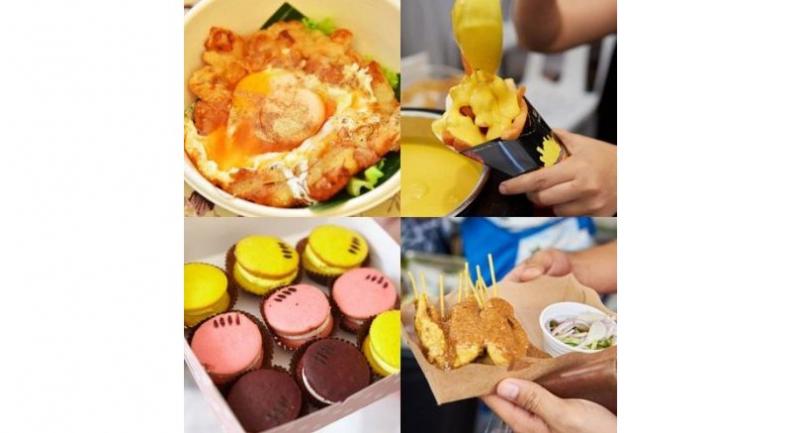 The Wongnai Bangkok Food Festival 2019 is back at the square at the front of CentralWorld until Sunday and this year offers more than 100 today until Sunday.

Popular artists stage mini concerts to keep everyone entertained. The festival is open from 11am to 10pm. South Korea’s sexy sensation DJ Sura is all set to spin high-energy electronic dance music at the Bacardi House Party at Demo in Sukhumvit Soi 55 (Thonglor) tomorrow night from 9 until 2. Bangkok gets its block party

The outdoor party, which runs from noon to midnight on both days, will feature top Thai and international music talents, including Irish hip-hop artist and producer Rejjie Snow, Jessie James, Solomon, Autograf, The Greed and Flytrap.

Tickets are Bt900 for a one-day pass and Bt1,500 for a 2-day pass at BTS ticket booths. For more information, visit Facebook.com/bangkokblockparty. Putting the concept into context

Concept Context Contestation, the travelling project organised by the Bangkok Art and Culture Centre in collaboration with the Goethe-Institut, is presenting contemporary art from Southeast Asia at The Secretariat in Yangon, Myanmar from Saturday until February 18.

CCC Yangon features many of the original CCC Bangkok pieces, in addition to some 25 extra works, many of which are new commissions, and 10 newly included artists, among them Thai photographer Manit Sriwanichpoom. The search is on to fill 10 principal roles (3 female and 7 male) and between four and six ensemble members.

If you have what it takes, head to Bistro on Sukhumvit 33 and try out but fist download the audition form at bangkokcommunitytheatre.com then send it to [email protected]