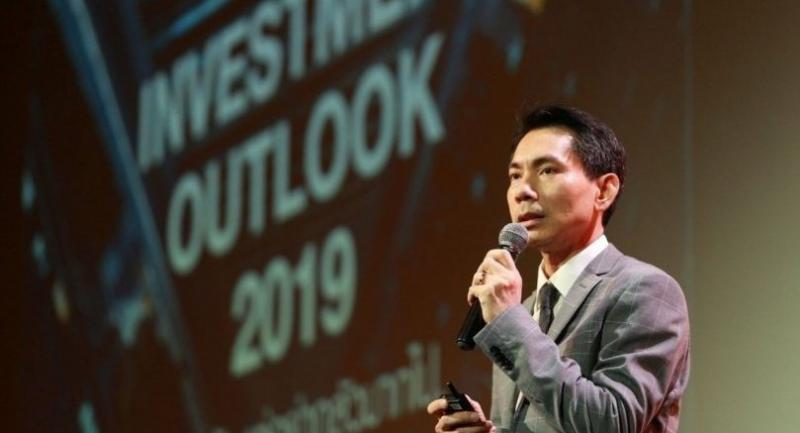 THE best-performing stocks this year are expected to be in the healthcare, transportation and real estate sectors with returns likely to peak in the third quarter, after uncertainties surrounding the upcoming election and global trade war subside, experts from the Siam Commercial Bank Securities Co Ltd (SCBS) and the Stock Exchange of Thailand (SET) said yesterday.

The SET Index is predicted to remain relatively low in the first two quarters of 2019, before peaking in the third quarter and remaining high in the fourth quarter, according to SCBS’ Wealth Research team.

“The investment environment will be the riskiest in the first quarter of this year, as there are various uncertain factors affecting investors’ sentiment such as the upcoming election, the ongoing US-China trade war and Brexit,” said Sukit Udomsirikul, SCBS managing director/Investment Strategy Department, Research Group. He was speaking yesterday at the “2019 Opportunity Beyond the Unpredictable Market” seminar, organised by Siam Commercial Bank.

In the first quarter, the SET Index is forecast to stay at between 1,500 and 1,600 points, according to the Wealth Research team led by Sukit.

In 2018, foreign investment flowed out of the Thai market at a record level of $8 billion, according to SET president Pakorn Peetathawatchai.

Pakorn said the SET was still an attractive investment platform for both local and foreign investors, citing a healthy number of initial public offerings – 2,607 in 2018 – making the SET the fastest-growing stock market in the Asean region and solidifying its position as the second-largest Asean stock market after the Singapore Exchange.

With regard to the risk factors, the upcoming election tops the list of threats to investor confidence. The SCBS’ wealth research report, “SCBS Easy Wealth 2019”, suggests that due to a high chance that the upcoming election will result in a coalition government, investors may be concerned about the economic and political instability that may follow after the Kingdom’s first general election since the military coup in 2014.

Sukit added that he believes both the US-China trade war and Brexit will continue to worry investors, as both issues are unlikely to be resolved in the near future.

The final risk factor for investors is the prospect of rising interest rates.

“Although the pressure for the Bank of Thailand [BOT] to increase interest rate is reduced due to slower economic growth predicted for this year, we still expect the BOT to hike rates in the middle of this year,” Sukit stated.

Given the analysis of this year’s stock market trends, Sukit suggested that investors should invest in the healthcare, logistics and real estate sectors. The report suggests that as Thailand becomes an ageing population, the demand for healthcare will increase.