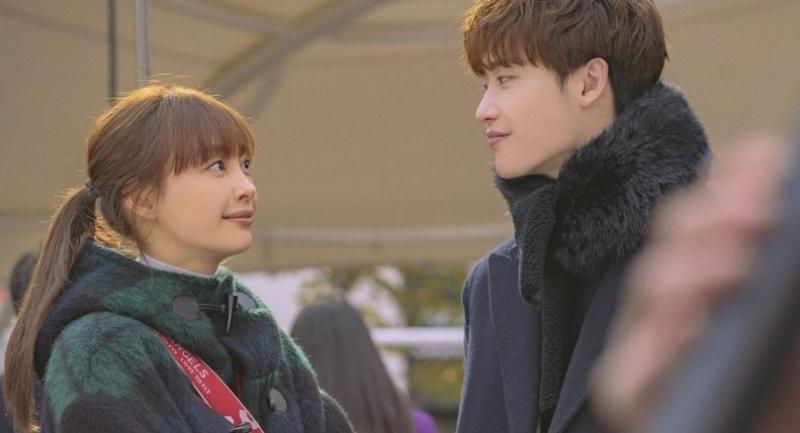 Netflix celebrates the month of love by invites couples and yes, singles too, to enjoy a #hotdatewithNetflix with a wide range of romantic movies on which to binge.

Start the viewing with Netflix’s original romantic Korean drama “Romance is a Bonus Book” starring Lee Jongsuk as the youngest editorinchief ever at his publishing company who becomes caught up in the life of a former copywriter desperate for a job (Lee Nayoung). Four episodes are now streaming on Netflix and with two new episodes added every week.

The movie follows three people who are linked by fate because of love and family. Adolescent Song Chengxi loses his father to cancer, but instead of having time to mourn, finds himself caught in a feud between his widowed mother Liu Sanlian and his father’s gay lover Jay. As Liu fights Jay for Song’s insurance money, Chengxi gradually learns that what holds both Liu and Jay back is not the money, but the weight of the loving memories they each have with his father.

On a more classic note is “The Notebook” the romantic drama based on Nicholas Sparks’s bestselling novel. Starring Ryan Gosling and Rachel McAdams, the film focuses on a poor yet passionate young man who falls in love with a rich young woman, giving her a sense of freedom, but they are soon separated because of their social differences. In a modern-day nursing home, an elderly man named Duke begins to read a love story from his notebook to a female fellow patient.

Another alltime classic romantic comedy is “My Best Friend's Wedding”. Julianne Potter (Julia Roberts) receives a call from her lifelong friend Michael O'Neal (Dermot Mulroney) telling her he will marry a young college student Kimmy (Cameron Diaz). It’s the three weeks before Julian will turn 28 – the timeline both Julian and Michael made an agreement that if neither of them were married by the time they turned 28, they would marry each other. The call makes her realise that she loves her best friend and will do anything to bring him back.

Netflix has also selected one of Thailand’s most successful romantic comedies – “Rot Fai Fah Ma Ha Na Ther” (“Bangkok Traffic Love Story”. It tells the story of Mei Li (Cris Horwang), a thirtyyearold woman feeling desperate about being last among her friends to marry, and her relationship with Loong (Teeradaj Wongpuapan), an engineer working on the BTS Skytrain system.

Viewers can also enjoy the successful Korean series “My Love from the Star”, now remade in a Thai version and starring Nadech Kugimiya and Peeranee Kongthai. The original version starred Kim Sohyun as an alien who lands on Earth in 1609 during the Joseon Dynasty. Immortal, he continues to live as a young man and is waiting to return to his star when he becomes entangled in Songyi’s (Jeon Jihyun) crazy and unpredictable situations, and discovers she looks like the young girl he fell in love with in the Joseon era.