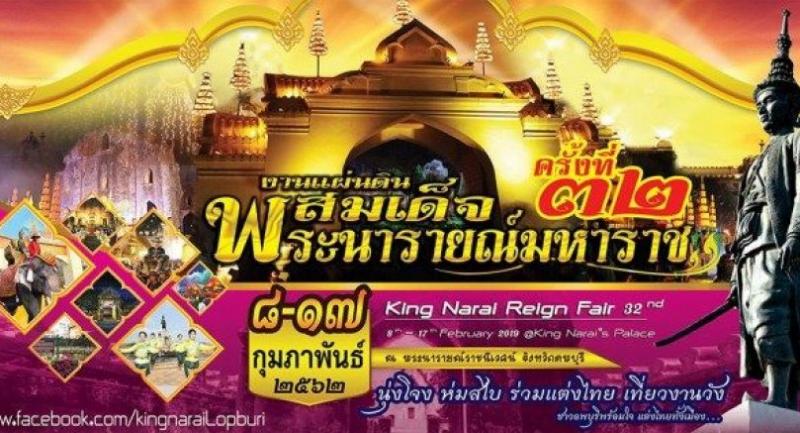 Local and international tourists are invited to travel back in time, and experience the glorious era of King Narai the Great that will be beautifully re-enacted during the King Narai Reign Fair 2019, from 8-17 February 8-17 at King Narai’s Palace in Lop Buri. The event is being organized by the Tourism Authority of Thailand (TAT) Lop Buri Office, together with Lop Buri Province and the local public and private sector.

The 10-day event is being organised to pay homage to King Narai the Great, who lived from 2123–2198 B.E. (1580–1655 AD). During his reign, King Narai turned Lop Buri province as well as Thailand (then known as Siam), into the centre of culture, religion and diplomatic relations.

Highlights include a regal ceremony and a spectacular procession to pay homage to King Narai the Great, a specially-organised ‘changing of the guards’ performance, a light-and-sound presentation as well as a host of cultural displays and dances.

This year, the TAT Lop Buri Office has organised a ‘retro’ market bringing in more than 50 shops from across the province to offer traditional food and beverages in exchange for ‘ancient’ Thai bullet money. With vendors donning traditional Thai costumes, visitors are encouraged to arrive in their preferred forms of traditional costumes.